STRATEGIES AND EXPANSION PLANS OF RETAILERS

The ever-growing e-commerce trade is having a significant impact on bricks-and-mortar stores: Omni-channel services an integral part of store concepts, retailers continue to “trade-up” their market presence, as more and more online merchants are opening stationary shops.

Do you understand the young shoppers?

Shopping behavior as a success factor of the bricks-and-mortar retail trade.

From luggage to bags

Samsonite wants to keep innovating. In an interview with ACROSS, Graham Carter, Vice President Direct To Consumer, explained how a recent deal has increased the company’s commitment to shopping centers.

In an interview with ACROSS, Michael Scheithauer, CEO of the internationally active Barthelmess Group, explains the increasing importance of visual marketing and why facades will become ever more vital in the future.

The mobile app shopkick aims to turn shopping into a kind of mini vacation. ACROSS spoke with shopkick co-founder and CEO Cyriac Roeding about bonification systems and the future of retailing.

According to Tanja Nedwig, Marketing & Communications Director of Cross Jeans, the denim market is benefitting from the current oversupply. It makes the market interesting, since differences can and must be underscored. In an interview with ACROSS, she explains that the company also plans to expand into Scandinavia, the UK, and Asia.

“We go with the local market leader”

Carlos Romero is responsible for international expansion for the Spanish fashion chain El Ganso. In an interview with ACROSS, he explains that the first store in a city is usually opened in a high-street location. Only after that do they move into the mall, and by that they mean the local market leader.

GERMANY, TURKEY, AND THE BRIC COUNTRIES

Head of Representation Expansion at Decathlon Germany Ludger Niemann explains in an interview with ACROSS that the company is currently focusing on Germany, Turkey, and the BRIC countries. The business concept works better in power centers with good transport connections than in shopping centers.

A successful mix of shop design, colors, materials, lighting, and visual merchandising. That’s what it took again this year to win a EuroShop RetailDesign Award.

The Polish clothing chain “50 Style,” owned by Marketing Investment Group, is on an expansion drive.

20 YEARS OF MAPIC – LOOKING BACK AND FORWARD

It was the usual framework: Sunshine; the laid-back the historic old town; the vibrant, busy life of southern France in the midst of November; the dark-suited businessmen meeting in the Palais de Festival or in the many restaurants and bars of Cannes. It was the 20th MAPIC, the retail real estate fair, in November 2014.

“WE SEE MANY SIMILARITIES WITH SCANDINAVIA”

Camilla Høymer Steen, COO of Bik Bok, explains in an interview with ACROSS that there are a number of possible countries on her expansion radar – including Austria. 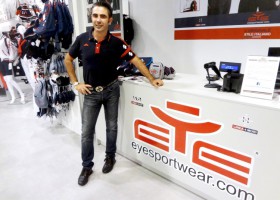 “ANYONE WHO SURVIVES A STORM COMES OUT STRONGER”

The Italian brand EYE Sport operates in the problem markets of Spain and Greece, among other places. In an interview with ACROSS, CEO Alessandro Ariu explains what he and his business partners have learned from the crisis. 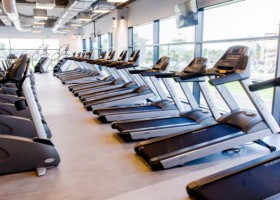 Nicholas Moses, Managing Director of CityFit, says that shopping centers and retail parks will play a central role as locations in this expansion. He opened the first fitness studio in Plaza Rzeszow in May. 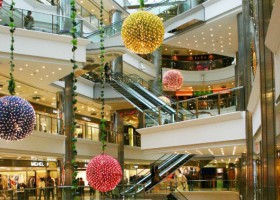 Shopping malls – in the form of bazaars or antique market halls – have been around for almost 2,000 years. It took until 1956, however, for the first “modern” integrated shopping mall (under one roof) to be opened – the Southdale Center in Minneapolis (USA).