We did find the following entries for: foc

Investment in German retail properties is declining. The transaction volume is increasing significantly only in retail parks. Retail parks currently offer good investment opportunities in the UK as well.

“Poland is our main focus”

In an interview with ACROSS, Árpád Török, CEO of TriGranit, explains the company’s focus since its acquisition by TPG Real Estate.

There are currently 189 shopping centers in Switzerland with sales area greater than 5,000 sq m. This includes five largest railway stations and airport shopping in Zurich/Kloten. Last year, there were just 182 centers.

According to Tanja Nedwig, Marketing & Communications Director of Cross Jeans, the denim market is benefitting from the current oversupply. It makes the market interesting, since differences can and must be underscored. In an interview with ACROSS, she explains that the company also plans to expand into Scandinavia, the UK, and Asia.

Focus on the customers - all of them

Customer focus is at the very heart of what we do as a shopping center operator. That sentence is correct, but ostensibly nothing new.

Atrium European Real Estate Limited, a leading owner, operator, and developer of shopping centers and retail real estate in Central and Eastern Europe, has announced that, further to its announcement on October 6, 2014, it has completed the acquisition of Focus Mall in Bydgoszcz, Poland, from Aviva Investors for €122 million.

FOCUS ON THE BRAND – AN ADVANTAGE ON SEVERAL LEVELS

New projects always involve necessary preparations: We investigate which cities might make sense for us and our customers, look at purchasing power, traffic, development, and infrastructure plans for each region, etc., and define the most appropriate place for a potential retail or logistics property on the basis of the parameters analyzed. 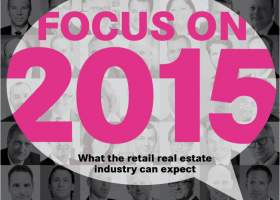 What the retail real estate industry can expect.

Haute Dolci, the luxury dessert operator, to open in a prime location on Wembley Park Boulevard

Quintain has secured an “extraordinary and unforgettable” taste experience, set to open in a prime location in Wembley Park, London’s newest cultural neighbourhood. Haute Dolci, the luxury dessert operator, has signed to open in a 3,350 sq ft restaurant including a mezzanine, its first location in London.

Nivy Station is a special project. It represents a fusion of various functions into a single, deliberate concept that will provide Bratislava with a new airport-style bus terminal, more than 250 retail establishments, a fully-fledged gastronomic zone with a marketplace offering local farm products, and a green roof for active rest and relaxation. Thanks to the integration of the bus station and its overall location, this center will be a transport hub, suitable for all kinds of urban as well as regional mobility. It is situated in the heart of a dynamically developing business zone and is a neighbor to existing as well as emerging projects in the Nové Nivy zone.

The power of parking data

“The technology exists to offer tenants a way to contact their customers with safety messages and special offers when they arrive on site, as well as new Coronavirus safety innovations, such as in-car queuing systems.”

Preparing for a Challenging Fall

Despite the pandemic and nearly two months of lockdown, Westgate Shopping City has continued to open new stores and attract visitors. The shopping center in Zagreb is prepared to face the realities of the near future, which are sure to be challenging.

IKEA believes that home is the most important place in the world. So, in a year like no other, the seventh IKEA Life at Home Report explores how the meaning of this important place has shifted.

The SES-operated shopping center WEBERZEILE located in Ried, Upper Austria, now generates its own environmentally friendly solar power, which is also the case at SES shopping center MURPARK in Graz. Last week, SES Spar European Shopping Centers commenced operation of a 520-kWp photovoltaic rooftop installation, which produces approximately 500,000 kilowatt hours of clean electricity per year for its own use and reduces CO2 emissions by 128 tons. The photovoltaic system installed atop WEBERZEILE is the largest to be mounted by SES to date and is the benchmark for the installation of solar power systems on the roofs of other SES shopping centers throughout Austria.

The Board of The British Land Company PLC announced that, after over 11 years as Chief Executive Officer, Chris Grigg has informed the Board of his intention to step down as CEO and from the British Land Board. Simon Carter appointed as his successor.

Alexander Rössler has taken over as Head of Development Office for IMMOFINANZ in September 2020.

The German building services expert, Jörg Balow, is strengthening the top management team of ATP architects engineers Berlin. Together with the architect Niklas Veelken he has been leading the ATP integrated design office and its international team of 20 employees since July 2020. This means that ATP’s special integrated design culture is now also reflected by the management duo in its Berlin office.

The long-awaited offline event of the retail real estate market MAPIC Russia 2020 will bring together professionals and industry experts on September 16-18 at Crocus Expo.