Better Spaces, Better Communities, and Better Together – those are the pillars upon which Unibail-Rodamco-Westfield’s sustainability strategy is based. URW is committed to playing a key role in the environmental and energy transition. As such, the company has been implementing its “Better Places 2030” sustainability strategy since 2016.

Unibail-Rodamco-Westfield’s (URW) “Better Places 2030” strategy focuses on environmentally friendly operations, new forms of sustainable mobility, the full integration of its own business activities into local communities, and the promotion of employee and stakeholder engagement. It is based on three pillars: Better Spaces, Better Communities, and Better Together.

URW’s ambitious sustainability strategy is committed to confronting the real estate industry’s greatest challenges. “The title ‘Better Places 2030’ is an expression of our ambition to create ‘Better Places’ every day. To that end, we are committed to many different projects in order to contribute to the environment – whether in ecological or social terms, through ourselves as URW, or with our business partners,” explains Paul Douay, Director of Operations Austria & Germany at Unibail-Rodamco-Westfield. He is also responsible for sustainability in the region.

One example of the actual interpretation and implementation of URW’s sustainability strategy can certainly be found in Westfield Hamburg Überseequartier. On the basis of the strategy andthe three pillars, a dedicated Better Places concept was specifically developed for the project. The mixed-use district combines a total of 14 buildings that unite living and working spaces with ttractive cultural and recreational opportunities as well as innovative retail and entertainment concepts. In figures: 200 units for retail, dining, and leisure concepts, 579 apartments, offices for 4,000 workplaces, three hotels offering a total of 830 rooms, as well as a 10,000-sq m cruise ship terminal. Westfield Hamburg-Überseequartier will be the new pivotal point of Hafen City. As an extension of the city center, it is also easily accessible by foot. The vibrant quarter is being built in Hamburg’s HafenCity, a place that not only inspires, but also reflects the cosmopolitanism and this flagship destination is scheduled to open in spring 2024.

In line with the company-wide “Better Places 2030” sustainability strategy, sustainable aspects have been at the forefront of the construction of Westfield Hamburg-Überseequartier from the very beginning. That applies to construction, procurement, the use of construction materials and resources, future operation, and adaptability. In addition to ecological aspects, the focus is also on assuming social responsibility and promoting local communities at the site.

Throughout the construction process, a special low-carbon concrete is used. A reduction of 23,800 tons of CO2 emissions will be achieved by using a low-carbon cement type that hardens more slowly but reduces CO2 emissions by 50% compared to conventional cement. In addition: The wood comes from legally verifiable sources, and recycled steel is used for concrete reinforcement. As a matter of principle, URW pays particular attention to the procurement of recyclable material, its efficient use, and waste avoidance. Around 20 percent of the excavated material, totaling one million tons of earth, was removed by ship in order to prevent the need for removal via a total of approximately 8,000 truckloads that would otherwise have been transported away by the city.

“By means of our ‘Better Places’ strategy, in particular, sustainability has become an integral part of Unibail-Rodamco-Westfield’s business activities. To that end, we review all building materials throughout the construction process in terms of their CO2 emissions and recyclability, and we compare them to potential alternatives,” says Dirk Hünerbein, Director of Development Austria & Germany at Unibail-Rodamco-Westfield. Due to their sustainable construction and planning, all Westfield Hamburg-Überseequartier buildings will receive BREEAM Communities & BREEAM New Construction Excellent certification; office buildings Skysegel as well as Luv & Lee will also carry DGNB Gold (German Sustainable Building Council) certification.

In addition, Westfield Hamburg-Überseequartier became the first major project to be awarded DGNB pre-certification for sustainable building sites in 2021. The mixed-use quarter in Hamburg’s HafenCity is, therefore, one of the first four projects ever in the whole of Germany to successfully use the new construction site certificate as a planning and management tool, there by committing itself to the highest possible sustainability quality even before completion. The new DGNB construction site certification is based on compliance with numerous criteria from the five areas of construction site organization, resource protection, health and social issues, communication with the local public, and quality of construction. The assessment of the construction site is based on evidence that is reviewed at coordinated intervals before the start of and during the implementation of the construction mea[1]sures. With a total area of 419,000 square meters on a 67,000-square-meter plot, equivalent to an area of around 10 soccer fields, Westfield Hamburg-Überseequartier is also the largest and most complex project to receive this pre-certification.

FOCUS ON REDUCING THE CARBON FOOTPRINT

That, however, is not all. A special mobile mixing plant was built for Westfield Hamburg-Überseequartier. With the concrete plant in the immediate vicinity of the construction site, more than 300,000 km of truck journeys through downtown Hamburg have been avoided. That corresponds to roughly 300 tons of CO2. The Concrete Sustainability Council (CSC) in the concrete industry awarded Westfield Hamburg-Überseequartier a silver certificate for its mobile mixing plant for ready-mix concrete. That was the first certificate ever to be awarded to a plant of this kind. For URW, the award represents another important building block in achieving the company’s sustainability goals. Alexander Pickert, Project and Inspection Manager at KBK Kies Beton Krebs GmbH & Co. KG, explains the process: “To receive that certification, 108 criteria must be met in various areas, including, in addition to basic requirements, such as compliance with applicable laws and human rights, proof of environmental and social compatibility and, for example, transparent material origin.” Some 280,000 cubic meters of concrete will be used for the construction of the new quarter. Given that quantity, URW is very keen to keep CO2 emissions as low as possible.

SUSTAINABILITY DOES NOT CEASE UPON OPENING

Even after completion, all potential for high sustainability will be used in operation. The entire energy requirement for subsequent operation will be covered by electricity from renewable energy sources. Furthermore, the infrastructure to supply ships docking at the cruise terminal with shore power has already been planned. URW is also cooperating with “Plastikfreie Stadt” (plastic-free city) on the introduction of an innovative reusable system for dining takeaway sales. With regard to mobility, local public transport is crucial. For URW, it was important that the area had its own underground station. In addition, several bus lines run along the district. The project developer and investor have also made plans for several e-mobility platforms for cars and bikes, car-sharing services, smart logistics and traffic management systems, as well as timeslot management for deliveries. A total of 3,500 bicycle parking spaces located within the quarter contribute to the idea of Hamburg as a bicycle city.

In order to integrate the local community into the new HafenCity area in a sustainable way, URW is also keen on involving the neighborhood and local people as part of the “Better Communities” pillar. That was how the idea for an art project on the construction site developed: a semi-transparent construction fence showing 33 people working or living in HafenCity. They were portrayed by the Hamburg-Berlin artist collective Mentalgassi, which cooperated with the Hamburg based gallery Affenfaust. The photos were then transmitted onto 3.44-meter by 2-meter elements. A specially developed technique turns them into a moving experience for the viewer. The art installation extends over 385 meters around the construction site of the mixed-use project, making it the longest circulating artwork in northern Germany. Passengers have a chance to take a look behind the artfully designed barriers of one of Europe’s largest city center-based development projects. “There is no comparable quarter in Europe: The absolute mix of uses for living, working, and leisure for young and old as well as for locals and tourists, coupled with the highest standards in the areas of digital networking and sustainability, reflect our vision of modern urbanity and a vibrant part of the city,” summarizes Dirk Hünerbein.

PHILANTHROPY AS A PART OF BETTER COMMUNITIES

Being sustainable on the construction site is not the only thing URW cares about. The company is also committed to contributing to a better world: Unibail-Rodamco-Westfield Germany is expanding its cooperation with the Sheltersuit Foundation and local aid organizations, which was launched in autumn 2021. As part of a roadshow starting in October 2022, at nine shopping centers operated by URW, attention is to be drawn to the particularly difficult situation concerning people living on the streets in winter. In addition to distributing 120 Sheltersuits, URW is once again collecting donations in an effort to provide more people without a permanent residence with a Sheltersuit. Through customers, business and rental partners, URW employees, and the company itself, a total donation of approximately 42,500 euros has been reached so far. The multifunctional, windproof, waterproof, and warming garment can be converted into a sleeping bag and, therefore, helps homeless people, especially during the cold months of the year. Since the beginning of the cooperation last year, 100 people have already been supported and 580 kg of discarded textiles have been put to a new meaningful use through upcycling. “That is also part of URW’s ‘Better Places’. Our sustainability strategy is likewise built on the pillars of promoting local communities – ‘Better Communities’ – as well as supporting good togetherness – ‘Better Together’. Our cooperation with local cultural institutions and aid organizations is a matter close to our hearts,” summarizes Paul Douay. Last year, Westfield Hamburg-Überseequartier was a stop of the relief initiative. 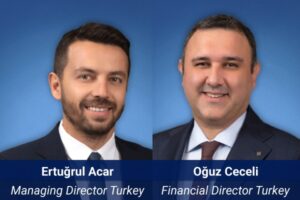 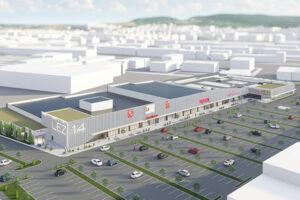 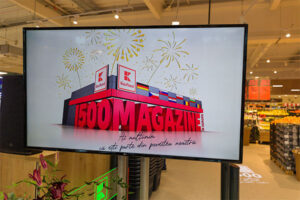 Kaufland opens in Bucharest the 1500th store in its European network