“We Cannot Allow the Christmas Season to Be Diminished”

The use of traditional Christmas lighting is not immune to the effects of the energy crisis, which is a major concern these days. Shopping centers and cities alike are embroiled in discussions surrounding the issue due to the energy costs involved.

However, upon closer inspection, those costs bear little relevance to a location’s annual electricity consumption – real energy-saving opportunities lie elsewhere. ACROSS reached out to the industry on the subject of energy. The resulting roundtable discussion, which included SES and MK Illumination, revealed the following: The Christmas season is, in fact, a key value driver for the entire industry, and it should not be compromised by a misguided discussion on energy.

The current threat of both gas and electricity shortages has shopping centers and municipalities preoccupied. Preventive measures are being taken throughout Europe. One measure that has garnered particularly prominent media coverage has put the tradition of Christmas lighting under the microscope. As heated as the debate is at the moment, decisions are being made with a sober eye on the numbers, as the examples provided by Austrian cities has shown. The city of Linz, for example, has decided to let its Christmas lights shine despite rising energy prices. “The amount of energy consumed is so low that this tradition should not be discontinued,” explain city officials in defense of their decision. Installation costs will remain unchanged, and electricity costs will increase at a very manageable rate. According to the city administration, energy costs are on track to double from 3,000 euros during the 2020/2021 season to 6,000 euros this year. However, those costs are negligible in terms of the city’s overall energy consumption. The justification for keeping the lights on this year lies in the fact that Christmas lighting creates a cozy and pleasant atmosphere, which is particularly important when times are stressful. The city of Innsbruck offers a somewhat different example. Christmas lighting accounts for 0.0007 percent of total annual consumption. Despite the low energy impact, however, the city has decided to set an example by turning the lights off earlier in the evening and turning them on later in the morning.

These examples demonstrate the core of the energy debate in municipalities and at shopping centers. The Christmas season is the key value driver for the industry. After two years of dealing with the coronavirus, in particular, and the resulting further advance of online retailing, consumers must be offered the best possible shopping experiences this season.Many jobs within the placemaking industry are dependent on it, if nothing else. “An overall approach is required. Everything needs to revolve around customer expectation and education,” says Christoph Andexlinger, COO at SES Spar European Shopping Centers.

“Not leaving the lights on 24/7 is, of course, a move in the right direction and SES will implement specific measures to conserve energy,” Andexlinger states. In concrete terms, that means, for example, that outdoor tree lighting at SES centers will not run for 12 hours a day, but will be turned off earlier during off-peak hours, thereby reducing their time of operation by one-third overall. That measure, however, is largely symbolic as the hard numbers suggest otherwise. “The costs associated with Christmas decorations account for approximately 0.1% of total annual electricity consumption at SES centers, which is infinitesimal,” says Andexlinger. “For the sake of comparison: At EUROPARK Salzburg, an ice-skating rink was in operation for years. Unfortunately, that will not be the case this year. The savings incurred from that alone would enable us to cover the energy of the indoor and outdoor Christmas decorations at EUROPARK for the next 15 years.” According to the COO of SES, the real issue in the energy debate is a completely different one. “Christmas is a celebration of lights – during the dark season – and, as such, the real issue at hand is an emotional one. Retailers play a major role in creating those feel-good atmospheres. The lights are particularly effective at lifting the spirits of customers and retail partners alike, especially in light of the time in which we currently find ourselves. We cannot allow the Christmas season to be diminished simply because there are those who believe that they can quickly score points with a highly publicized issue. Christmas lighting featuring modern LED technology allows us to flip the switch to “on” with a clear conscience, even in times like these.”

There is no doubt that shopping centers need to conserve energy. However, contrary to public perception at present, that particular issue is not a new one. After all, shopping center operators such as SES have been working on optimizing the energy consumption of their sites for well over a decade. A center is actually a huge technical facility with stores connected to it. “We have had an ISO-certified energy management system in place for years, and in the last five years, we have been able to reduce energy consumption at our sites by up to 40 percent by means of massive investments,” Andexlinger explains. “Instruments have included, for example, more efficient refrigeration systems and footfall-controlled ventilation management, with which high energy reductions have been achieved for years. Depending on the location, cold water storage, night ventilation, well cooling, or groundwater heat pumps are used. Energy is also generated via our own hydroelectric power plant and photovoltaic systems located on the roofs of our centers.” Another example can be found in underground parking garages. In the past, we used normal neon bulbs. Modern underground parking garages are equipped with LEDs. The same thing is true for the facade and center lighting at SES centers. “Those are the key adjustments that have been made, and those are the areas in which the industry has been working for years, because, on the one hand, that is where the real savings potential is, and on the other hand, because we have been compelled to do so by regulatory requirements. That combined makes up the core of a sustainable corporate strategy.” Last year, SES invested 22 million euros in sustainability, including energy consumption optimization.

“If the discussion only shifts to Christmas decorations now, our attention will be focused on the completely wrong issue,” Andexlinger says. SES’s FORUM 1 in Salzburg is a prime example. “When the Christmas lights are turned on at that location, as much energy is consumed in a day as a normal household consumes per day.” However, thousands of people are simultaneously impacted every day, as the lights generate positive feelings for them during a dark period of the year. “That is something that must put into perspective, and we really need to educate the public about the fact that Christmas decorations cannot be put at the center of an energy debate.”

Attracting People Back to the Centers

Thomas Mark, President of MK Illumination, emphasizes that lighting costs are negligible. MK Illumination was the first company to introduce LED lighting for Christmas decorations in 2003. The conversion of lighting to LED can reduce energy consumption by up to 80 percent, and by up to 90 percent using the latest LED technology. Light parks have recently become a major issue for MK. A comparison should be made in this case as well: According to the company, one light park consumes about as much energy as 4.8 single-family homes; in total, that amounts to roughly 14,000 kW/h viewed over the entire runtime (approximately 260 hours).

MK is quick to point out that Christmas lighting is a very emotional issue, but that it is also essential in terms of adding value to the industry, according to Mark. “We have endured two years of the coronavirus, during which time consumers have had to do without a lot, and the entire industry has suffered as a result,” Mark stresses. “That has an impact on the psyche, and with online retail already soaring, we need to prevent further damage to the economy by getting people to return to stores and centers.” Mark also agrees that turning lights off at an earlier time is in keeping with the spirit of the times, and that while it may have symbolic value, it does not result in any actual savings.

“We need to put the customers first and ask exactly what they want,” Mark states. “At the moment, the discussions surrounding the issue are very polarizing. We need to shift away from that,” he adds. There are a number of areas in which the industry can make cutbacks. “Centers, in particular, are already doing very well in that regard, but we need to do a better job of spreading that message.”

In 2020, during the first year of the pandemic, SES commissioned a study from the Linz-based Market Institut. According to that study, Christmas lighting had a significant impact on the level of personal Christmas cheer for 75 percent of respondents. The same percentage said they would miss the lighting if it was not there. Holiday seasons are key time periods for families, Mark emphasizes. “For instance, people often like to spend a few hours just relaxing at a light park,” he says. That not only has a major impact on personal mood, but it also plays a key role in people’s buying behavior following such an experience.

“We have to be crystal clear: This is the most profitable time of year for the industry in terms of sales,” Mark states. Many jobs and businesses are dependent on the retail sector, the lighting industry, and Christmas markets, which have already suffered, sometimes severely, for the last two years. “A third consecutive bad fiscal year could threaten their very existence,” Mark explains. That alone is why educating the public is so important. In summary, he asks: “If we are not positive, how can we expect the customer and the industry as a whole to be?” 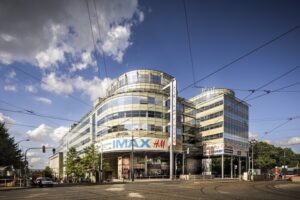 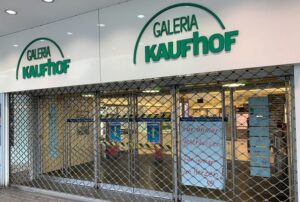 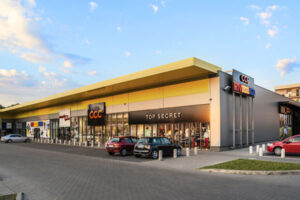