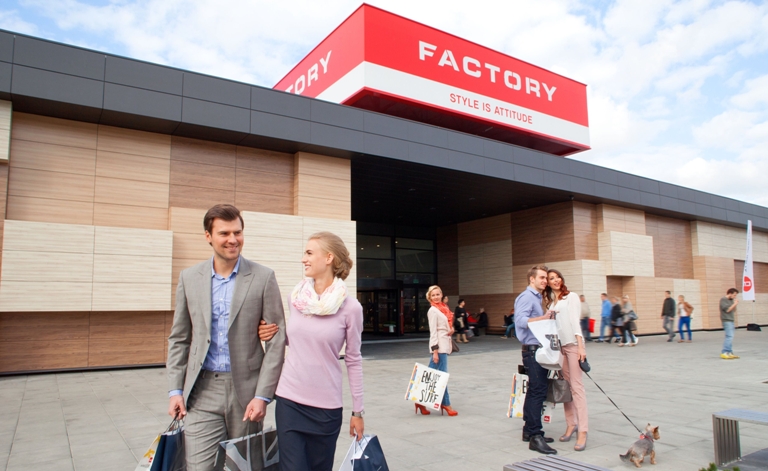 Factory Annopol, with its 19,800 sq m and 102 units, was originally developed by Neinver and opened in 2013. It is located in one of the most densely populated, fastest growing areas of Warsaw, with an immediate catchment area of 2.2 million people. Image: Neinver
Investment
Aug 04, 2015 08:32

The outlet market in Poland

The traditional shopping center market in the country appears to be becoming saturated and investors are now seeking other “niche” retail formats.

CBRE recently presented the “Outlet Shopping Centers” report, in which it discusses the current situation and reviews future opportunities for growth in this sector of the market. “Ever since the beginning of the 1990s, the Polish retail market has grown, with the first outlet center opening in 2002. Outlet centers have become simply indispensable; they not only provide diversification within the market and expand the range of goods and services offered to customers, they also facilitate business flexibility for numerous brands by providing an additional distribution channel. Successful commercialization processes carried out in respect of outlet facilities confirm the purchasing potential of this particular retail format. Significantly, an outlet center customer is a buyer that makes real purchases. Due to the limited additional offer, i.e. services and refreshments, customer spending is not as greatly dispersed as is the case with traditional shopping centers,” explains
Magdalena Frątczak, Director, Retail Department at CBRE.

When the first outlet center in Poland was constructed, the potential for such schemes in the country was estimated at 15. The country’s 13th factory outlet center has just been opened in Bialystok – a city that was not considered as an outlet location for a long time. This, together with the market diversification, indicates that the initial estimate remains accurate and that there are still a few areas of interest.

Since 2002 – excluding the years of the financial crisis between 2008 and 2010 – there has been at least one outlet, or an extension of an existing one, coming to the market annually. For Poland, outlet center density is now at the level of 5.0 sq m per thousand inhabitants. In neighboring Germany, the corresponding figure is just 1.8, whereas in the most saturated countries, Switzerland and Great Britain, the density is at the level of 9.6 and 8.7, respectively.

The vacancy rate in Polish outlet stores is mostly generated by new schemes and subsequently by extensions. When newly opened projects are excluded, the vacancy level falls significantly and a downward pressure is observed. Currently, the vacancy level in outlet centers stands at 5.6%, whereas it falls to 1.9% when new projects and extensions are excluded. The average vacancy level in all shopping centers in Poland stands at 2.7%. Higher outlet center vacancy in comparison with regular malls is caused by a relatively longer commercialization process. This results from the limited number of tenants capable of opening in outlet stores.

Among the anchor tenants are sport brands, such as Nike and Puma, as well as fashion stores, among which are Reserved, Diverse and Big Star. The range of retailers opening in outlet centers is not varied as compared to regular malls. The reason for this is that branded goods are already sold at a low margin, which in turn means that some retailers are often unable to profitably lower their prices any further. We will have to wait a few more years to see luxury brands present in these outlet stores. Only when these brands are widely present in regular shopping centers will they be seen in the outlets.

According to CBRE, outlet centers opened after 2010 differ from previous concepts in terms of the tenant mix. Tenants usually present in regular malls have now entered outlet centers. Among them are Helios, Empik, Rossmann, and Piotr i Pawel. These tenants operate with their regular offer and are clearly separated from the discounted outlet products, creating synergy and complementing the offer.

To return to Poland’s market potential: Population density is crucial to the success of an outlet center. Among the most important conditions for a profitable scheme is the accessibility of around two million people within a 90-minute-drive catchment area. This indicator, as well as the catchment area of existing outlet centers show potential areas where new projects could be located. Preliminary estimates indicate such regions as southeastern, south, and central Poland. Along with the increase in the number of tenants and the maturing of the market, other locations could be also considered in the future.

“Shopping center yields have reached levels of 6.75 to 7.25% in Bucharest”

The most active real estate investors in Romania came from Europe – up until 10 years ago. Today, investors from South Africa and Singapore play a vital role, says Liviu Tudor, Founder and President of the Romanian Association of Building Owners (Rabo).