Increase in Rental performance increased by almost 50 percent while former Real spaces successfully upgraded with new anchor tenants. The new Globus in the Bethanien Center in Neubrandenburg is a magnet for customers.

Successful start to the rental business in 2022: MEC, the retail property specialist and national market leader for the operation of retail parks, concluded a total of over 100 new and follow-up rental agreements with a total area of over 80,000m² in the past six months. The contractual partners include Aldi, Rewe, Edeka, B.O.C., Smiths Toys, Takko, Jeans Fritz, Thalia and Deichmann. Most of the space is due to the re-letting of former Real branches. In the past six months, well-known food retailers such as Kaufland and Globus have opened a total of eight retail locations operated by the MEC – for example in the T.E.C. Erfurt or Ostsee Park Rostock. On July 14, 2022, Globus was launched at the Bethanien Center in Neubrandenburg. With 14,000 market visitors within the first three days after opening, the retailer is a real customer magnet and thus also ensures higher visitor frequencies in the Neubrandenburg center.

“We are pleased about the successful first half of the year and the increase in leasing performance by almost 50 percent compared to the same period last year,” says Christian Thiele, Head of Leasing Management at MEC. “The numerous new concepts in the course of the re-letting of former Real spaces are particularly pleasing. Accordingly, we were able to let important large rental areas on a long-term basis in the interests of our clients and customers. Through close cooperation with the dealers, center owners, cities and our center management teams, we are able to manage the location successfully.”

The interdisciplinary MEC teams are still on the move. Modernization work is currently being carried out at some locations while the new tenants are still in operation, as well as area conversions. The next new opening is also imminent: With Kaufland, the Rheinhessen Center Alzey will receive a new frequency anchor after the modernization has been carried out on September 1, 2022. 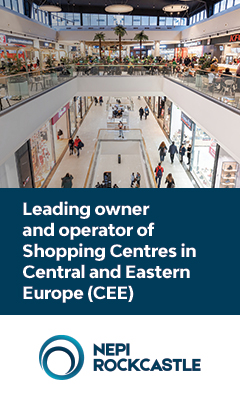 We present our Online Special "Mixed Use Developments Update".

SPACE – the German Council Congress is back in Berlin

SPACE: Shopping, Places, Attention, Culture, Environment. This is the topic of the 20th German Council Congress 2022.

NEINVER CONTINUES TO GROW IN EUROPE

Lillenium Mall has appointed Coniq to launch a new customer engagement and loyalty program that integrates digital applications and omnichannel innovation to create frictionless retail journeys for their customers.

Shopingy Mall Analyser and ACROSS Magazine present the top 20 store openings to watch on a monthly basis. Find here the exclusive data for July 2022.

It is the first acquisition for BIG in Poland, with an investment of approximately 65 million Euro. Hay Galis, CEO of BIG, notes that these two acquisitions support company’s growth plans to become a dominant player in the Retail Park sector in Poland.