INVESTMENT IN RETAIL REAL ESTATE IN EUROPE CONTINUES TO RECOVER WITH A TOTAL OF 44.2 BILLION EUROS INVESTED OVER THE LAST TWELVE MONTHS

With a total of 44.2 billion euros invested over the last 12 months, investment in retail assets in Europe continues to rally. This significant increase of +20% is higher than for offices or logistics.

Investment in retail warehousing in Europe (France, Germany, UK, Italy, Spain, and Poland) stands at 3.3 billion euros over a rolling year, down slightly by -4.5% compared to the previous year. Nevertheless, this asset category accounts for the lion’s share of investment in retail property (43%).

The high street segment of France, Germany, the UK, Italy, and Spain enjoyed a strong year-on-year trend with an investment of 10.4 billion euros, up 74% in comparison to the previous year. This was higher than in 2019 and 2020. The strong momentum was largely driven by a few major deals that lifted the total amount. Lastly, shopping centers have benefited from renewed investor interest compared to last year, with a +157% increase in investment. The total of 7.1 billion euros invested is the highest since 2018.

“The current economic climate could slow investment in Europe, with the withdrawal from the market of some assets (as with the O’Parinor shopping center in Paris and the Islazul shopping center in Madrid), a wait-and-see approach by investors and financing difficulties due to rising interest rates. However, some segments, such as high street and shopping centers, may prove very busy in 2023 due to some players’ need for liquidity and the possibility of purchasing for others, particularly those investing in equity, seeking the best market opportunities”, remarks Patrick Delcol, Head of Retail Europe for BNP Paribas Real Estate.

Prime retail yields started to expand in the third quarter of 2022, and this trend could continue until the end of 2023. This rise is less pronounced than for other asset categories, as there has already been an adjustment since 2020, with the health crisis. The high street prime yield is still the lowest, despite the expansion in some countries.

This is mainly due to transactions in the luxury sector, which continue to squeeze the prime yield but do not fully reflect the current market for high street premises. Prime yields for retail warehousing are still very appealing throughout Europe and continue to attract investors.

Occupier market: positive signs as tourism picks up and new retailers open, but retail sales are likely to fall

International tourism performed strongly in 2022, with Europe especially leading the revival. Tourism flows in European countries reached 74% of their 2019 levels for the January-July period. They were boosted by strong inter-regional demand and by American travelers taking advantage of the strong dollar. In Europe, the Southern/Mediterranean region has recovered the fastest (-6% compared to July 2019). Meanwhile, footfall on major European thoroughfares has been matching or exceeding pre-Covid levels in many cities such as Paris and Madrid. Only the United Kingdom still has substantially lower levels.

It was also an active year for expansion by some retailers, particularly in the discount and mid/high-end segments such as fashion, beauty, and home. Food discounters (Aldi, Lidl) and more generalist players like Action have opened in several European countries this year. Premium retailers have also moved into new premises: Lacoste in Berlin, Scotch&Soda in Copenhagen and London, The Kooples and Sandro on the Champs-Elysées in Paris, Aesop in Madrid and London, and Kave Home in France, Croatia, Spain, the Netherlands, Italy, and Slovenia. The appeal of shopping centers is intact, as shown by the opening of Jott in Lisbon, Geneva, Barcelona, Toulouse, and Lacoste in London.

“Despite rising footfall trends and new store openings, retail sales could decline in 2023. This is largely due to the slide in consumer purchasing power and the fall in the household confidence index. Households could refocus their spending on essentials and cut back on impulse/non-essential purchases. So, while sales growth forecasts are positive in 2022 for Europe, they are expected to contract slightly in 2023. Meanwhile, quite apart from the current economic situation, these forecasts are also the result of a catch-up effect for certain countries, where sales growth soared in 2021, sometimes faster than GDP”, observes Patrick Delcol.

E-commerce penetration: online sales continue to grow, but the market is gradually maturing for Northern countries

Northern and Western European countries have a higher volume of online sales per capita but show
lower growth rates as they mature. The latest results from Amazon confirm this trend: sales are still rising, but growth is anaemic, with lackluster forecasts. Southern and central European countries have higher expansion potential at this stage and therefore higher actual and prospective growth rates.

“A rebalancing between physical and online sales is essential for retailers to remain viable. These complementary channels must be mutually integrated, via efficient click & collect networks as well as innovative and smoother shopping experiences. The physical store is also essential; some retailers are using ‘rightsizing’ strategies to make it central to consumers’ expectations.”

“However, strategies differ from business to business. Fashion retailers are reducing the number of shops by closing smaller, less profitable ones in favor of larger locations where innovative concepts can be more easily deployed. Conversely, DIY stores are seeking to reduce the size of their shops, so that they can move into town centers, closer to consumers looking for speed and convenience”, concludes Patrick Delcol.

Rebound for investment in 2022

Over the first nine months of 2022, investors have focused on other asset classes than offices, seeking to diversify. This has especially been the case for retail, which remained resilient. Indeed, the outstanding performance of the retail real estate sector meant that it accounted for 20% of investment in France. All in all, 4.3 billion euros were invested in commercial real estate over the first nine months of 2022, with the third quarter reaching a record high.

This is already 38% higher than the full-year figure in 2021. “Investment is expected to continue over the last three months of the year to reach a total of 5.2 billion euros for 2022, the highest figure since COVID. However, this should be put in perspective, as a few high-value deals are inflating the final result, especially for the high street”, says Cyril Zaprilla, Head of Retail France for BNP Paribas Real Estate Transaction.

In keeping with the trend already seen in previous quarters, the surge in the French 10-year OAT to 2.71% in the third quarter of 2022 is now squeezing the risk premium for real estate assets. As a result, the prime yield in retail has widened. This could rise to 3.7% at the end of 2022, then 4% in 2023. The same applies to shopping centers, with a 25bp expansion. The trend could last for some months yet, albeit without breaching the symbolic 5% threshold. There were several major transactions in out-of-town retail, proving that this type of asset is thriving. The food sector remains a safe bet and is doing well, even in these turbulent times. DIY and discount stores are also resilient assets. Retail parks too are holding up well, proving the success of the business model for both consumers and investors. Their prime yield is stabilizing at around 5%.

Retailers are vying for the best location on this key street in the run-up to the 2024 Olympic Games, which will attract many visitors, especially international ones. “Retailers were sorely tested by the Covid years. They have proved to be agile and reinvented themselves to resist and deal with the situation. Those who survived are ready to confront an uncertain economic climate with inflation, declining household confidence, and energy dependency,” adds Cyril Zaprilla, Head of Retail France for BNP Paribas Real Estate Transaction. 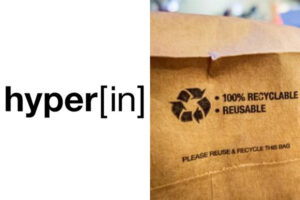 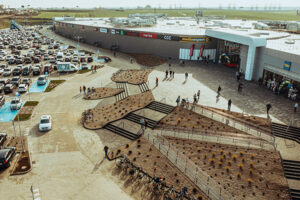