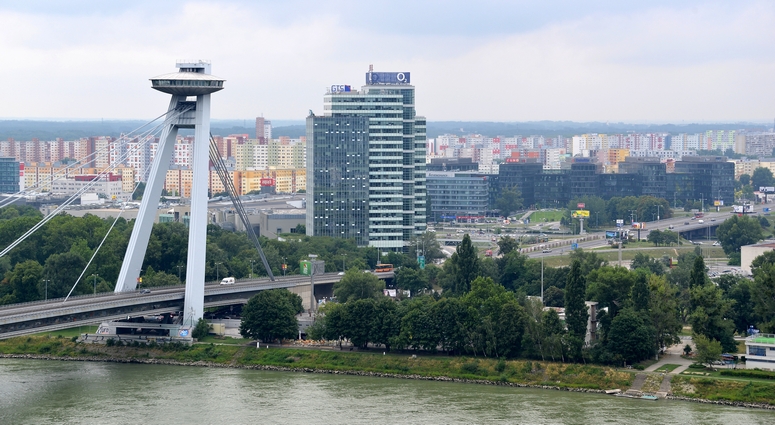 After several relatively subdued years, the retail landscape in Bratislava seems to be coming alive again. This is not because of the amount of retail space added in 2015, which was still relatively small. Instead, it is primarily due to the good economic prospects Slovakia as a whole currently offers.

“Following a retail sales growth rate of -0.6% in Q1 and 0.7% in Q2, retail trade volumes continued to improve slightly as they grew by 2.7% in June, 1.6% in July, and 1.3% in August 2015. Industry growth was driven by strengthening purchasing power and a decreasing unemployment rate in the country, which had a positive effect on overall consumer sentiment. Year–on-year inflation changed from 0.1% in Q2 to 0.2% in Q3, while the unemployment rate dropped from 11.6% in June to 11.5% in July and 11.3% in August 2015,” the real estate service provider Cushman & Wakefield explained in a recent report.

Bratislava has several prime shopping centers situated in strategic locations. The most important are Aupark, Eurovea, Avion Shopping Park, Polus City Center and Central. Most malls also include entertainment and leisure facilities. “Following the trend of Q1 and Q2, the popularity of the shopping center locations in the country has impacted high street retail sales volumes. This resulted in units from previously popular high street locations relocating to newer shopping centers. These remained the most preferred and sought-after locations in Q3 of 2015 as well,” reported Cushman & Wakefield.

In principle, experts’ expectations for the Bratislava region are quite positive and they expect a further increase in the creation of new retail space in the coming years. The current shopping center density in the Slovak capital is 736 sq m per 1,000 inhabitants. Special mention should be made here of the first phase of the 16,600-sq-m Twin City. The office project by HB Reavis, including retail space, will be expanded in the coming years in several phases to up to 64,200 sq m.

“The retail investment market was not very active in the last quarter, although a few smaller deals with prolonged negotiations and unknown completion dates have been undertaken. Prime high street yields have remained unchanged at 7.50% since March 2014. On the other hand, shopping center yields have been decreasing for the last year, dropping from 7.25% in September 2014 to 6.25% in September 2015,” according to Cushman & Wakefield.

Most important shopping centers in Bratislava