ACROSS Magazine with a current situation report from Ukraine and in conversation with Vitalii Boiko, CEO of NAI Ukraine.

Ukraine had been experiencing a positive development and improvement of its retail infrastructure. As Vitalii Boiko, CEO of NAI Ukraine and Urban Experts, states: “Ukrainian shopping malls reached the highest level of quality before the war. For Ukrainians, shopping had become almost one of their favorite pastime, they were proud to have one of the best retail infrastructures in Europe. Retailers were satisfied with the increasing turnover, the availability of new retail facilities, where the trade infrastructure was improving, despite the corona crisis.”

The unsettling events in Ukraine have been progressing for a month now. International brands are leaving the Russian market en masse due to the circumstances. Military advances are damaging the infrastructure, conducting massive shelling of residential areas of Ukrainian cities and towns. Lots of retail objects were affected or destroyed. Here are some of the biggest destructions within the retail market:

Nikolsky Shopping Mall is the most modern mall of Kharkiv city, and also the newest – it opened on May 21, 2021. The mall had a prime location on the central square just opposite the City Hall, at the intersection of Sumskaya and Pushkinskaya, the largest central streets of the city where most of the retail trade is concentrated.

Nikolsky shopping mall is Kharkiv’s business card with components of shopping and leisure. This is a vertical mall with one gallery, which has direct access to the metro station Maidan Constitution.

The average daily passenger traffic was 50,000 people, including transport, pedestrians, and private cars. Pushkinska Street, together with Sumska Street, are the largest central streets of the city. This is a historic district, where the cultural and business life of the city was concentrated.

On March 9, the dome of the property was damaged through military airstrikes. A collapse occurred inside on the 4th and technical floors, structural elements burned on the roof. The fire spread over an area of approximately 100 sq m.

Combined with modern technical equipment and design, the interiors of Fabrika were also related to its history. In the past, the place was home to the largest weaving production in Ukraine. Nowadays, it was the biggest mall between the two regions Kherson and Mykolaiv, and the 5th biggest mall in the country, according the ICSC report from 2017.

On March 1, the building was being destroyed by explosions and as of on March 7, the mall was demolished and almost completey burned down.

Port City was one of the largest and most visited shopping and entertainment centers in Mariupol since 2013. It was designed in a modern and elegant style, equipped with a massive screen on the facade. The territory of the complex, which is 78,800 sq m, is divided into oval atriums. Each of them was decorated with a certain color and had an originally designed seating area, made in different styles.

Free ground parking was provided for the convenience of motorists. In front of the building, there was a recreation area with benches and green spaces. Thanks to the spotlights that gave the shopping center different colors, it can be seen even in the most remote corners of the city. The center also included a family entertainment center with an area of ​​3,260 sq m, a Multiplex, a bowling club and more. This shopping mall was looted and destroyed.

Retroville was a highly functional shopping center with a unique concept – it was also a lifestyle center. The complex included a modern shopping and entertainment center, and an office building.

The mall had a food hypermarket, a large-scale fitness center, an eight-screen cinema, a bowling alley as well as a children’s entertainment area, 20+ cafes and restaurants. A fire caused by a military attack could be contained and extinguished in the shopping center.

Well known outside the country, Lavina Mall in Kyiv was hit by a shell, which broke through the wall, but luckily it didn’t explode. At the capital’s River Mall, a terrorist attack was stopped on Febuary 27. On March 11, Mega Oscar – a mall in the occupied city Nova Kakhovka was robbed by looters.

“2021 was such a successful year for the Ukrainian retail market, despite the corona crisis. I often caught myself thinking: If the coronavirus in 2021 is so wonderful, then what will be the results of a ‘healthy’ 2022?. And 2022 became a tragedy that no one believed in. But the loss of facilities and investments is nothing compared to the loss of human lives, the suffering of children, women and the elderly,” conludes Vitalii Boiko. 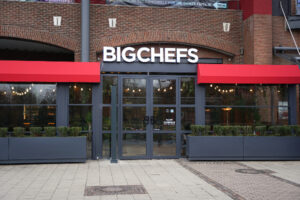 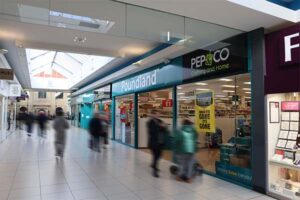 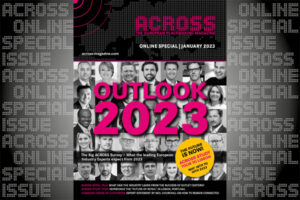