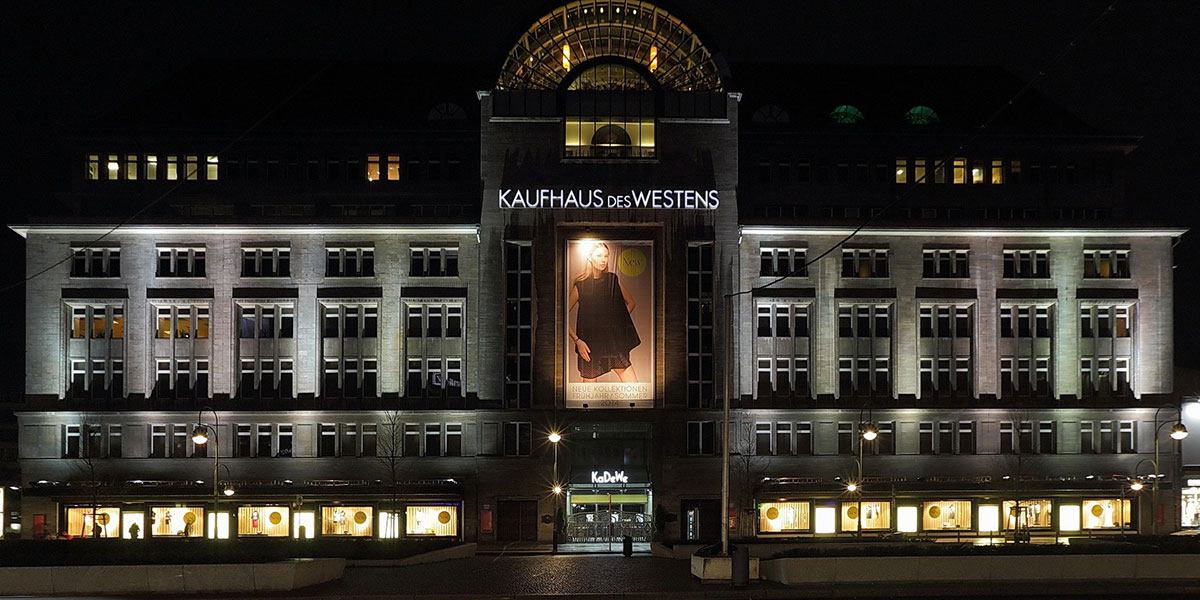 The new KaDeWe – the journey continues

The KaDeWe is internationally known as one of Berlin's greatest icons.

It is a brand that has been reinventing itself repeatedly since 1907 and has always successfully combined tradition with modernity as well as locality and international influences.

On December 10th, 2019, KaDeWe celebrated the opening of the new boutiques of Chanel, Dior, Louis Vuitton and Rolex on the new Luxury Boulevard – the highlight of the new ground floor. A completely new interior world will be presented with the new “Home Atelier” on 2000 sqm on the 5th floor. The highlight for many Berliners will certainly be the transformation of the legendary sixth floor. The beginning of a new era at KaDeWe starts now with the opening of the new bars, restaurants and the KaDeWe Späti, which can now be reached via a night lift at Wittenbergplatz until midnight. This is definitely a new hotspot in the Western part of Berlin.

The music support for the evening came from shooting star Corine from Paris and DJ sets from Wana Limar and Schowi.