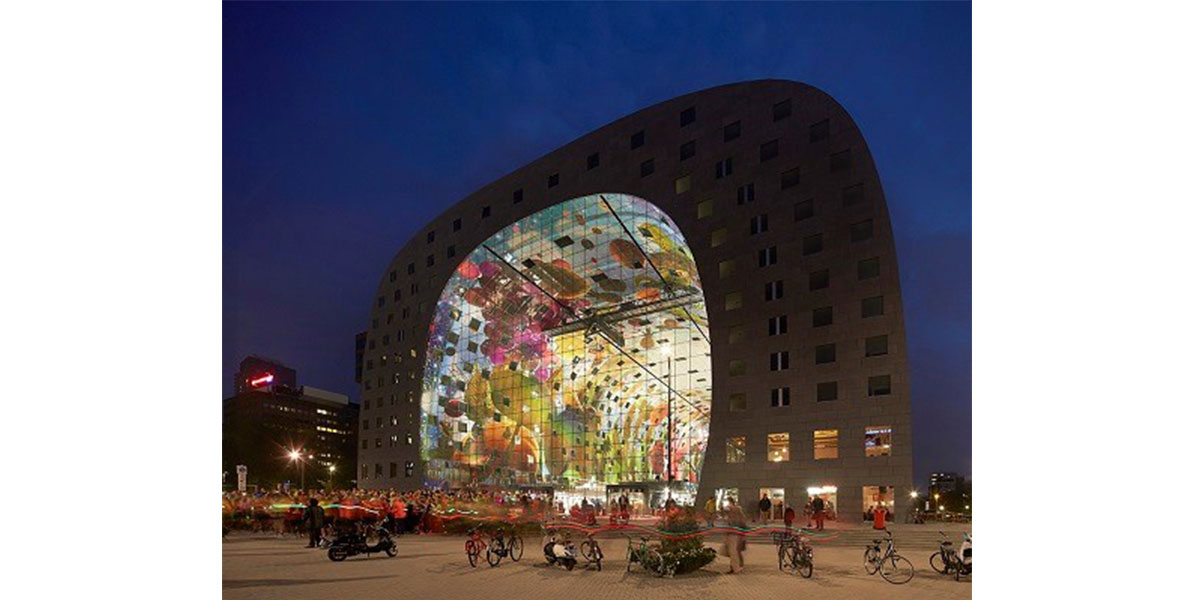 Designed by Rotterdam-based architecture firm MVRDV, since its inauguration in 2014 by Queen Máxima of the Netherlands this unique building has contributed significantly to the city’s surge in economic growth and tourism in recent years.

The Markthal comprises 228 apartments arranged into a 40-metre-tall arch to create a covered market hall, offering a unique urban space – a space that is neither fully indoors nor fully outdoors, but something in-between. The building’s most striking feature is the 11,000-square-metre artwork by Arno Coenen and Iris Roskam that covers the vaulted interior, which gave rise to a popular moniker for the building often repeated by the media: “The Sistine Chapel of Rotterdam”. With its memorable appearance, the Markthal has become an icon of Rotterdam, and can now be found depicted on postcards, keyrings, fridge magnets, and all manner of other souvenirs.