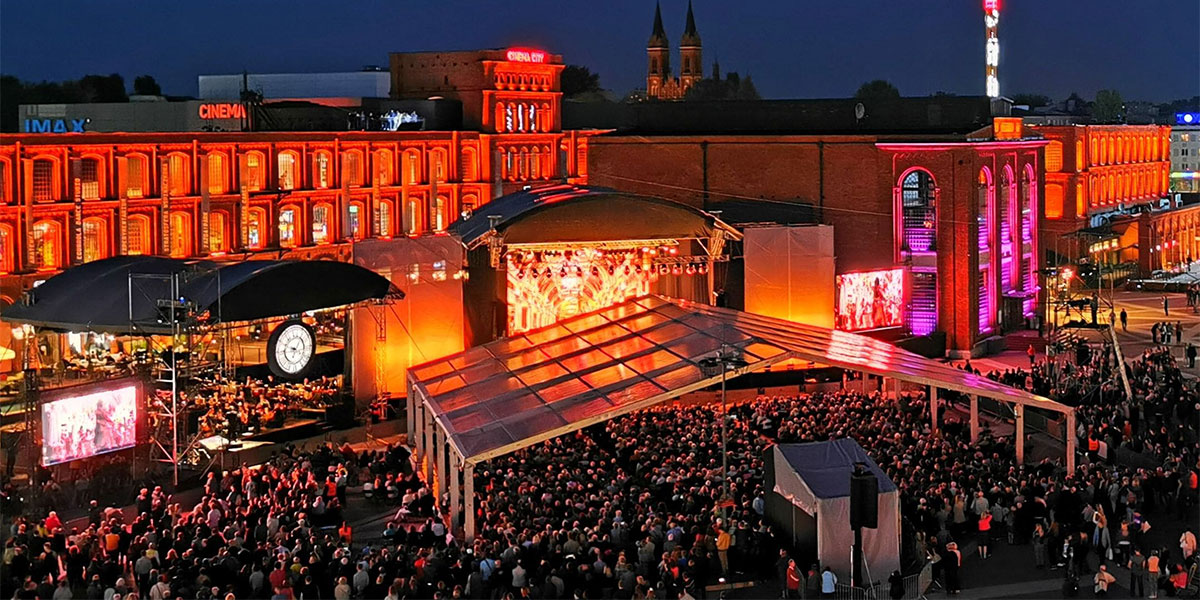 The Man from Manufaktura: a fascinating history of Łódź in two acts

The opera was created in cooperation with the Grand Theatre in Łódź and the Manufaktura shopping centre, which is the patron of this project.

The open-air premiere of the show took place on May 18, 2019 in the Manufaktura, a revitalized post-industrial building. The Man from Manufaktura is a unique example of a cooperation on a national and regional scale between city authorities, cultural institutions and private investors.

“The areas of the former factory of Izrael Poznański, have played and still play an important role for Łódź and its inhabitants. During the premiere of the opera we were accompanied by former employees of ‘Poltex’ Plant, who received special invitations from us. The inhabitants of Łódź also took part in the event, for whom 1200 free tickets were prepared. The open-air premiere of The Man from Manufaktura took place in the month in which Manufaktura celebrates its 13th birthday. We are proud that as a Manufaktura we can support the development of the city, take care of its history and together with many wonderful people build its new history based on the huge potential offered by Łódź to both its inhabitants and investors”, said Sławomir Murawski, Director of Manufaktura, Apsys.

“The Opera ‘The Man from Manufaktura’ is a unique event in Poland. On developed markets, investors and developers often engage in cultural activities in the areas where they carry out their investments. In Poland it is still a song of the future. The Manufaktura has again become a precursor of activities supporting the creation of a work that will become a permanent part of Polish cultural heritage both in terms of its scale and artistic level: both the creator and the cast of the opera are leading artists not only on the Polish, but also international stage”, said Joanna Rzepecka, Managing Director of the marketing agency DNA Group responsible for the organization of the outdoor premiere of the show.

The event was co-financed by the Ministry of Culture and National Heritage, the Marshal’s Office in Łódź and the Grand Theatre in Łódź.