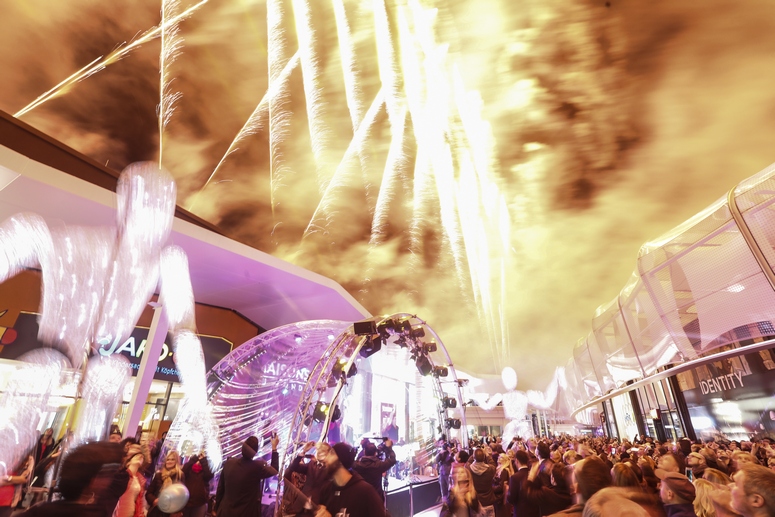 Unibail-Rodamco invested €150 million in the modernization of this traditional shopping center in Bochum. It is now positioned as one of the leading lifestyle destinations in the Ruhr region.

When Ruhr Park opened its 24,000 sq m of rental space in Bochumäs (North Rhine-Westphalia) Harpen district in November 1964, it was only Germany’s second shopping center after the Main-Taunus-Zentrum in Sulzbach. It’s a retail property with history. Unibail-Rodamco Germany has been the shopping center’s main owner for a few months now – and promptly at the beginning of November, it had a reason to celebrate due to the completion of a redesign. The reconstruction lasted one and a half years and cost €150 million.

The “new” Ruhr Park stands for quality. It is Unibail-Rodamco’s third shopping center in Germany to be awarded its 4-star label – a customer service initiative that represents the highest level of quality, service, and shopping experience. In addition to a reception with trilingual hostesses, free Wi-Fi, and charging stations for smartphones and tablets, baby lounges with nursing and changing rooms, parent-child toilets, a children’s playground, numerous relaxation areas, and designated XXL parking await visitors. The 4-star catalog that defines the different services includes a total of just over 600 criteria that must be met.

In addition to the 4-star label, the “new” center stands out due to its design. The white roofs, which are inspired by Japanese origami, give the mall a light, airy, fresh, and cosmopolitan atmosphere and emphasize Ruhr Park’s open-air nature. Corresponding elements are also found in other parts of the site. One example is the artificial tree erected by NewWind, which generates electricity using small turbines hidden among the leaves. At the entrance, a giant albatross made ​​of white aluminum welcomes visitors and shows them the way with its beak. 14 other gigantic origami birds by French artist Alexis Tricoire are located in the conservatory of the center itself. They form a “Flying Garden” and transform the glass vault into a kind of canopy with the foliage growing from them.

In addition, the mall is characterized by new, high-quality floors and shop facades up to seven meters high – called iconic shopfronts – which can be designed by each of the labels themselves. “Ruhr Park is meant to be a pleasant, lively, and inspiring place to spend time for its visitors. This aim is also reflected in the center’s special design. We’ve set a new benchmark for open air centers and offer customers a unique and enjoyable shopping experience,” said Karl Reinitzhuber, CEO of Unibail-Rodamco Germany.

The special design concept, which comes from the pen of the renowned architectural firm Saguez & Partners, is also reflected in Ruhr Park’s spatial design, which is divided into three areas: the “Green promenade,” the “Casual Promenade,” and the “Fashion Promenade.” The latter forms the heart of the center together with the Fashion Loop – a circular concourse that connects the new area, the South Mall, with the northern part. “The ‘Fashion Loop’ is a place where visitors will feel comfortable and be stylistically inspired,” said Center Manager Christian Krause. In the coming year, he expects approximately 12 million visitors, who will turn the mall into one of the leading lifestyle destinations in the Ruhr region.

Customers will be greeted by a GLA of 115,569 sq m of exciting and internationally oriented tenants with the latest fashion and lifestyle concepts, which will meet the needs of all the citizens of the city and the region. In addition to established brands like H&M, Karstadt, Sinn Leffers, and Media Markt, the center offers a variety of labels, such as the Fashion Brands Forever 21 and Pull&Bear. A novelty is the Belgian retail chain Veritas, which opened its first German shop in Ruhrpark. The fashion label Superdry also has a shiny, large-area flagship store. The varied and quality gastronomic offer is also complemented by the trendy restaurant L’Osteria.