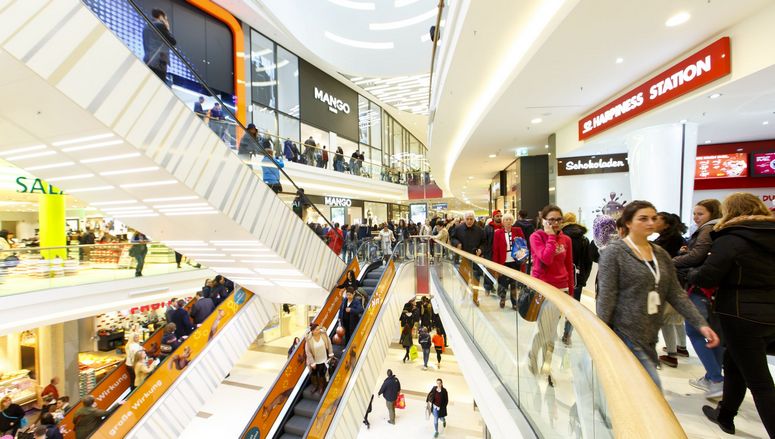 The EHI Retail Institute recently presented the German “Shopping Center Report 2016.” It reports that only four new projects will be completed this year. Revitalizations and neighborhoods centers currently prevail.

The great boom of new openings in Germany is over for now. After nine shopping centers opened in 2014 and 13 did so last year, only four centers are expected to be completed by the end of the current calendar year. The industry remains dynamic, however. This is evident from the fact that a total of 26 new malls are planned from 2017. In addition, investors continue to rely increasingly on revitalizing existing objects to make them sustainable over the long term. Marco Atzberger, an expert on commercial real estate and a board member at EHI, presented these and other results from this year’s EHI study “Shopping Center Report 2016” before the “German Shopping Center Forum” on May 10 and 11 in Bonn.

Altogether, the EHI queried 476 German shopping centers with a total area of 15.3 million sq m up until January 1, 2016. The high shopping center density in Germany is currently providing for slower growth in terms openings. Center operators and developers are therefore increasingly promoting revitalization projects. It’s particularly striking that more than half of the current 28 revitalization projects involve the restructuring, modernization, or expansion of commercial properties built in the 1990s and at the beginning of the new millennium. “This development can be seen clearly in the highly dynamic nature of the market, which ensures that shopping centers must be modernized or adapted to the changing needs of customers in a 10-year cycle. Furthermore, it is readily apparent that the planning at that time was strongly oriented to the needs of the 1990s and 2000s,” said Atzberger.

Everything under one roof

According to the EHI report, planning for new shopping centers now concentrates, in particular, on the development of urban districts. In today’s world of short distances, centers are creating spaces for customers that combine shopping, living, and working under one roof. New concepts therefore include, in addition to the possibility of completing errands for daily needs, ever more additional services, such as hotels, apartments, offices, health centers, and cinemas, which ensure that centers remain lively even after closing time.

New openings in Germany in 2015

Probably almost everyone in Europe would like to see a return to normality, to where we have achieved herd immunity, infection numbers are controlled, and coronavirus-related restrictions are lifted. Whenever we reach that normality, it will still be a new kind of normal. The coronavirus pandemic will permanently change the way we work, live, and consume – and retailers will also have to find their way in the new world after the acute shock of 2020 and 2021.

Global Retail Attractiveness Index remains weak in Europe. Poland, Germany and Ireland are new top trio in index. UK the only market to see an increase.

Multi recently published its Pan European Customer Monitor + Covid-19 Survey. For Head of Research Mariam Hussain, the most positively surprising result was that 70% of visitors surveyed indicated that shopping centers are valuable places to spend time in and will continue to be especially once the pandemic is over.

Why Proximity Marketing is the Future of Customer Engagment for Retail

According to Coniq’s paper, geo-loyalty, the integration of proximity marketing, and customer loyalty programs are the future for retail destinations because they effectively engage consumers in-store AND online.