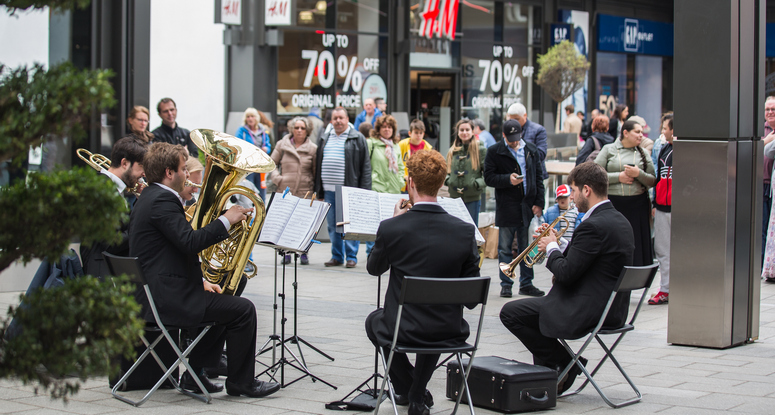 Events and attractions in Wembley Park boosted revenue and footfall across the Easter school holiday period at the London Designer Outlet (LDO).

Footfall was strong during the two-week period, compared with the 2016 fortnight up to Easter Monday, when local schools in the catchment area were on holiday. Visitors were attracted this year by activities celebrating the richness and quirkiness of Britain in LDO’s ‘Iconic London’ themed experiential events that featured Beefeaters, designer buses, karaoke in a black cab, a British brass band and much more.

Many stores reported increases sales and customers flocked to stock up on chocolate at Lindt, which reported treble digit growth compared with last year. The absence of rain much of the time tempted shoppers to stock up on newly introduced summer ranges in retailers like M&S and Guess who both had a record breaking Easter.

Some 5.8 million people have LDO as their nearest outlet centre, the largest such catchment in the UK. Almost twice as many people visit LDO each year than go to the Wembley Stadium and The SSE Arena, combined.

Additionally, overseas tourists are seeing LDO as an important part of their trip to London. Tax-free sales rose +31.6% YoY to the start of April. Of the visitors from outside the EU, some 22.6% were Chinese, including from Hong Kong and Taiwan.

McArthurGlen celebrates the opening of McArthurGlen Designer Outlet West Midlands, its major new £160 million fashion destination that is set to be the only stand-alone shopping centre to open in the UK this year.

Responding to the pandemic’s impact

How PropTech is supporting the opening and recovery of malls and the continued expansion of retail.

Webinar tip: MK Illumination, umdasch The Store Makers and Bartenbach present „Out of the dark–into the light”

April 23, 2021 at 10am. In this exciting webinar, participants gain fascinating insights on innovative lighting installations for retail.

ECSP is happy to announce that its first Members Assembly has taken place on 31 March 2021.