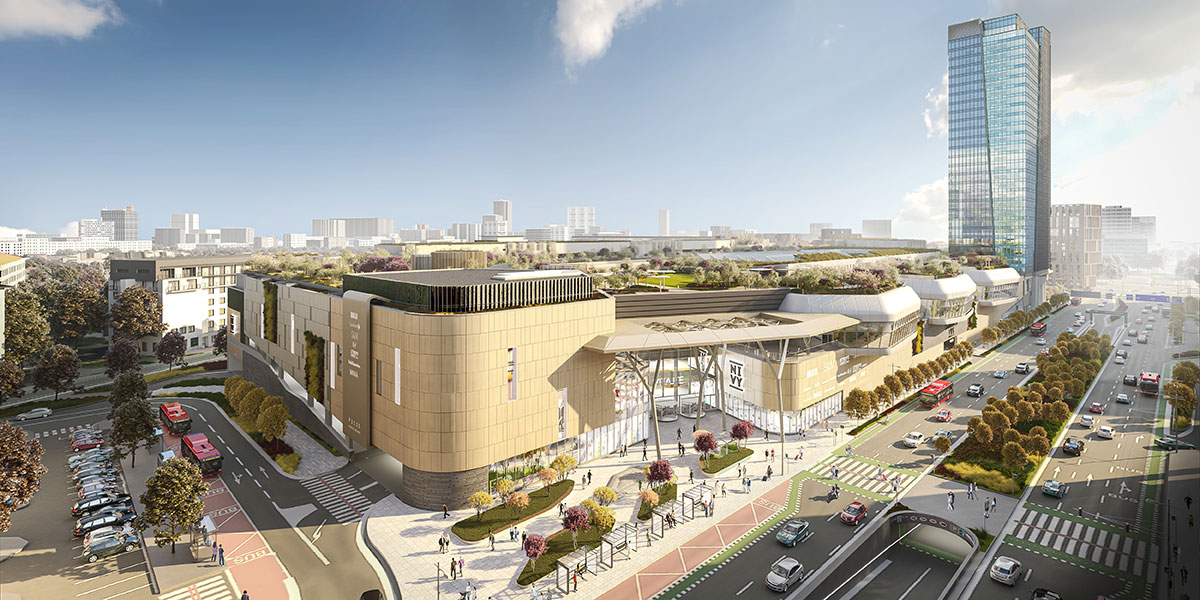 Open day at Nivy Station has been a very popular event in recent years, always attracting hundreds of visitors of all ages. Unfortunately, this year the current situation does not allow us to meet in the premises of the nearly-completed Nivy Station. That is why Nivy Station would like to share some updates with you at least in this way.

Almost in the finals

Work on the construction of Nivy Station is nearing completion, and one can already guess from outside that the opening is fast approaching at the end of this summer.

Nivy Station is finishing the last, most demanding parts of the facade – the tiling of the restaurants above Mlynské nivy street, which are a really attractive part of the building’s architecture. At the beginning of April, Nivy Station will also start planting the green facades.

Nivy Station has prepared a short video tour for you guided by Viktor Ondrášek, Development Manager of Nivy Station.

They are really paying close attention to the greenery. After last year’s planting of mature trees on the roof of Nivy Station, Nivy Station continues with additional plants. Dozens of species of grasses, shrubs, flowers and herbs are gradually finding their place in this new and unique green ecosystem.

In the interior, the tenants’ premises are being prepared, the paving is being completed, and the lighting fixtures are being installed.