NEW MARKET REPORT OF TREI AND JLL ON RETAIL PARKS IN POLAND: THE MARKET SHOWS ITSELF TO BE STABLE IN THE CURRENT CRISIS

Prime yields are stable at between 6,5 and 6,75 percent for high-quality retail parks. The Polish retail investment market has seen five very good years from 2015 to 2019, with transaction volumes between 2 and 2,5 billion euros. 2020 and 2021 saw significantly lower volumes of around 750 million and 1 billion euros, respectively. However, sales had already reached around 760 million euros in the first half of 2022. Therefore, Trei and JLL Poland are optimistic for the rest of the year of 2022.

The peak prices for rent in 2022 amount to between 8 to 12 Euros/sq m per month. Pepijn Morshuis, CEO of Trei Real Estate, comments, “So far, peak rent prices have been stable at the level of the previous years. However, due to increased construction costs and interest rates, rents will inevitably have to rise in the future. Lease agreements usually have terms of five, seven, or ten years. The amount of rent is fixed in euros, but it is usually paid in zloty.”

Morshuis continues, “The overall economic situation in Poland is also characterized by very high inflation rates and rapidly rising interest rates. Inflation reached over 17 percent in September. The Polish central bank has raised the base interest rate rapidly over the course of the year. The last increase was on September 7 to 6,75 percent. Against this background, the stability of the retail park market is very pleasing.”

Tenant demand for retail space in Poland remains high. Over the past three years, 50 retailers have entered the Polish market. However, 18 retailers exited the market during that same period. “Given the challenges posed by the pandemic, we rate these numbers as very good,” says Morshuis.

A major advantage of retail parks is the favorable additional costs. These are 1,5 to 2 euros/sq m monthly. By comparison, these additional costs can be as high as 20 euros/sq m per month for shopping centers. Morshuis qualifies: “In our estimation, however, ancillary costs will rise. This is due in particular to rising energy prices.”

Looking at the overall retail real estate market in Poland, shopping centers make up the largest segment, accounting for 61 percent of the existing space. Retail parks currently account for around 14 percent of the space available in the Polish retail property market. However, while the market for big shopping centers in Poland is largely saturated, the retail park market is growing rapidly, as shown by the figures. Around 183,200 sq m of retail space has been completed in the first half of 2022. Two-thirds of this is intended for retail parks and a further 28 percent for stand-alone specialist stores. Only six percent of this space will be used for traditional shopping centers. By the end of 2022, another 181,000 sq m of retail space is expected to be created for retail parks alone.

Morshuis comments as such, “In terms of classic shopping centers, Poland has essentially caught up with the Western European markets. In Germany’s eastern neighbor, this segment accounts for 258 sq m per 1,000 inhabitants, compared with 276 sq m in Western Europe. The situation is quite different in the retail park market. There, Poland has only 84 sq m per 1,000 inhabitants. This low level of supply shows how great the potential still is. It is one of the main reasons why we are developing and holding so many retail parks there.” 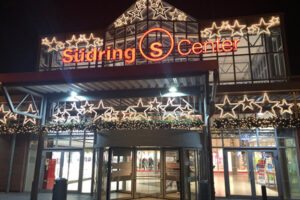 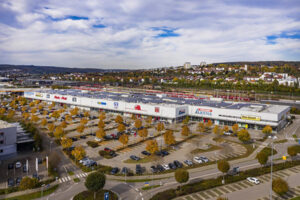 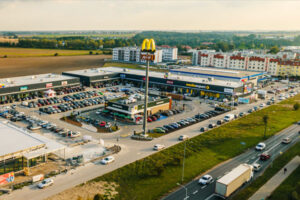