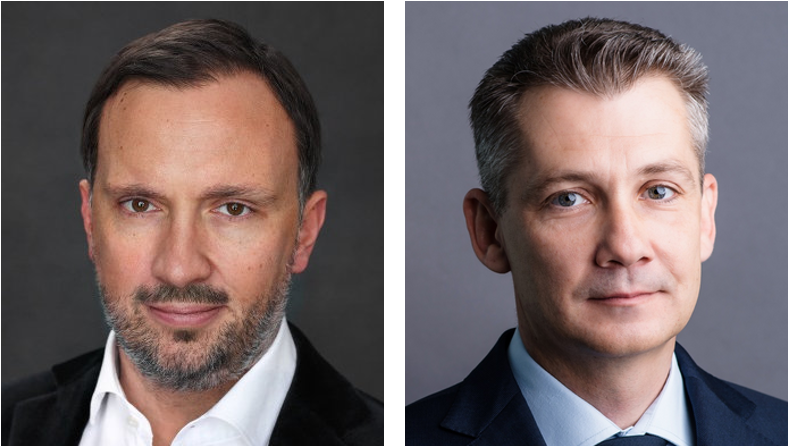 Josip Kardun and Árpád Török strengthen the ACROSS Advisory Board

Josip Kardun and Árpád Török further strengthen the ACROSS Advisory Board

Josip Kardun, the designated CEO of Multi Corporation in Amsterdam, is one of the new members of the ACROSS Advisory Board. Kardun has been a senior executive at Atrium for the past three years, first as COO, and since December 2014 as CEO. Prior to joining Atrium, he held various management and leadership positions both at ECE, where he served as Chief Investment Officer, and at Sonae Sierra. Kardun is the European Chairman of the International Council of Shopping Centers (ICSC) and has a law degree from Goethe University Frankfurt.

Besides Josip Kardun, the ACROSS Advisory Board will also be further strengthened by Árpád Török, MBA, CEO of TriGranit headquartered in Budapest. Török has been in the international property development and advisory business for more than 20 years including 15 years with TriGranit, having previously held senior management positions at Cushman & Wakefield in Hungary and Greece. He was appointed to CEO of TriGranit in 2009, taking over the position during the most demanding global economic and market conditions. The company has since succeeded to obtain over 1 billion Euros in financing and refinancing to develop around 950,000 sq m of projects completed or currently under construction. Asset disposals in Central Europe – including the purchase of TriGranit by TPG – with a cumulative transaction volume of EUR 1,7 billion, both retail and offices were completed with his active participation like Bonarka for Business office complex in Krakow, Poznan City Center in Poznan or the Arena Centar in Zagreb. He was awarded the Order of Merit of the Republic of Hungary – Golden Cross by the President of Hungary in 2012. His vision and professional approach has been appreciated by his peers and colleagues several times: received in 2011 by CIJ Real Estate Awards – Industry Leadership Award; in 2015 by Iroda.hu – Real-estate Market Personality of the Year; in 2016 by Finance-Monthly – CEO of the Year; and by Global Brands Magazine – Most Inspiring Real Estate CEO.

ACROSS Advisory Board’s declared goal is to offer its expertise in topic identification and formulation. This advisory board maintains a semi-annual discussion process to identify the challenges and opportunities the industry faces and what burning problems and emerging trends, etc. they see.

The ACROSS Advisory Board comprises the following members: