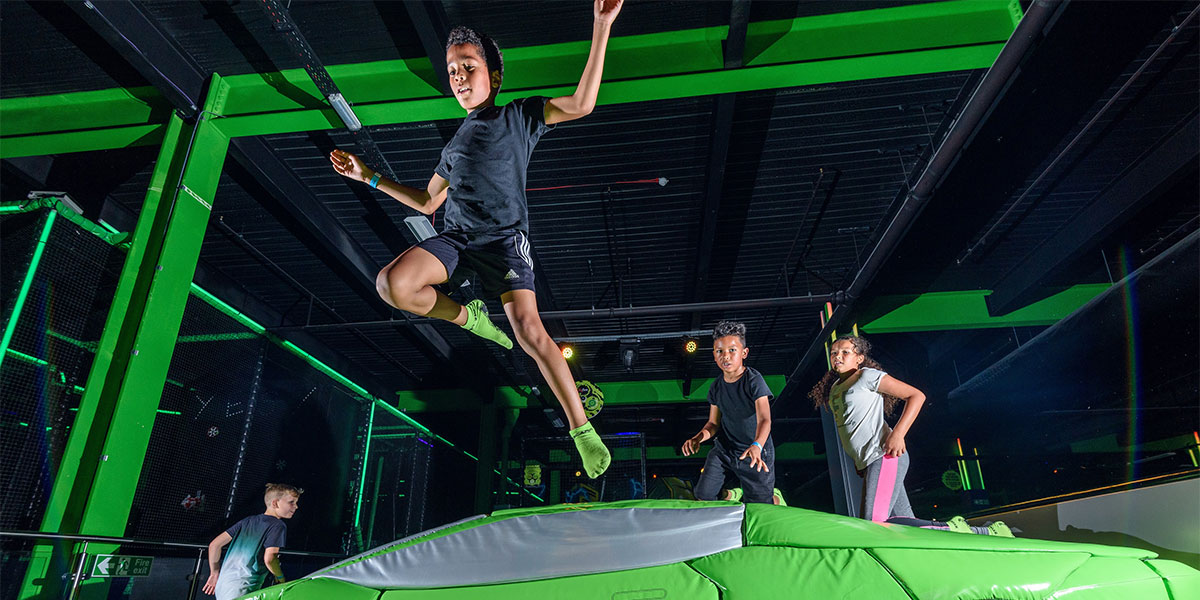 intu has launched the £72 million leisure extension to intu Lakeside this week to attract more people.

The 225,000 sq ft expansion is set to increase intu Lakeside’s 20 million footfall a year by more than two million and transform the center into a major south east tourist destination.

Puttshack’s second site, one of Hollywood Bowl’s biggest venues and trampoline park brand Flipout have now opened there and a fourth leisure anchor, Nickelodeon’s first UK family entertainment center, will launch in the autumn. The Hall, the first out-of-town concept from food hall operator Market Halls, and a range of other restaurants including new brands Chiktopia and Casco Lounge have all joined intu Lakeside’s growing dinner offer.

Matthew Roberts, intu chief executive, said, “Compelling leisure experiences are well-recognised drivers of shopping center footfall and dwell time and a project of this scale is a real first for the UK market. It has been created to ensure intu Lakeside remains one of the country’s most popular retail and leisure destinations for many years to come and we have curated a fantastic of mix of flourishing leisure and dining brands to guarantee its success.”

The new space and a multi-million-pound refurbishment of the rest of the center has also been welcomed by retailers including Zara and River Island who in turn have invested millions extending and refurbishing their intu Lakeside stores. intu has also unveiled its vision to develop more than 1,000 homes at intu Lakeside as part of its new, five-year strategy and, under this new strategy, is exploring other opportunities to build new homes, hotels and flexible-working spaces and transform its centers nationwide.

MAPIC 2021 back in Cannes and towards new retail mix

The international retail property market event will gather 8,200+ retail, property, food & leisure leaders from over 80 countries at the on-site event in the Palais des Festivals from November 30 to December 2, 2021.

CBRE reaches the number of 50 shopping centers under management and leasing in 2021, amounting to 2.3 million sq m throughout the Iberian portfolio.

After several months of renovation work, the traditional Viennese gourmet food store Julius Meinl on the prestigious Graben in Vienna presents itself in new light in the middle of the exclusive pedestrian zone.

The Munich-based family office AM alpha has completed a further transaction in Dublin this year with the acquisition of the Nutgrove Retail Park in a consistently strong trading location. This is the first major retail park trade in Dublin since 2018.