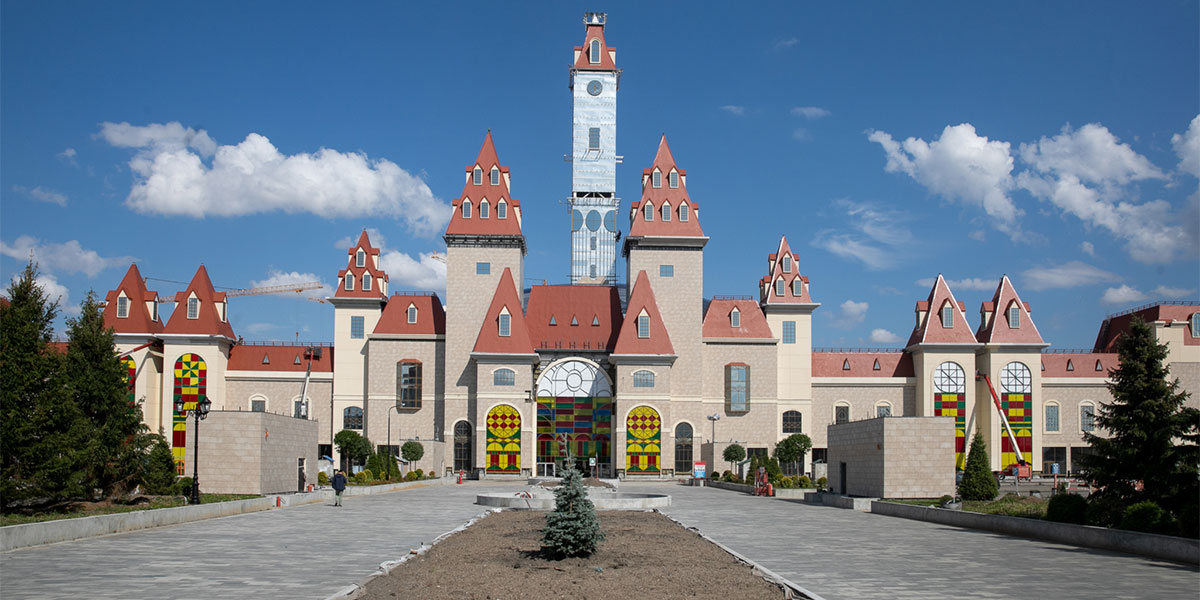 Chapman Taylor created the Masterplan Concept for this project, which will cater for the estimated two million young people in the Moscow area.

Phase one of the 100-hectare Dream Island development in Moscow is approaching completion, with construction now in its final weeks. The world’s largest indoor theme park at 300,000 sq m, Dream Island, is expected to open in the second half of 2019.

The project is designed as the first large-scale leisure destination in Russia, expected to be visited by up to 50 million people annually. In addition to the indoor amusement park, the river-fronted scheme provides a regional shopping center, outdoor leisure facilities, a 400-key, 4-Star hotel, a concert hall, a yacht club and numerous F&B options.

With a concept design based upon historic Kremlin architecture as well as Western European Gothic architecture, Dream Island theme park has a ‘wonderland’-style design theme. The park is divided into themed zones, including ‘Hotel Transylvania’ (populated by characters such as Dracula, Frankenstein’s Monster and the Invisible Man) and a ‘Temple of Fire’ inspired by the ruined cities of the Incas. Other elements include a Virtual Reality zone with a mobile platform which gives the sensation of flying through a lost world of dinosaurs, and areas inspired by fairytales from around the world.

Chapman Taylor created the Masterplan Concept for this massive project, which will cater for the estimated two million young people in the Moscow area as well as visitors from far beyond. The development is being built with full support from both the government and the public.