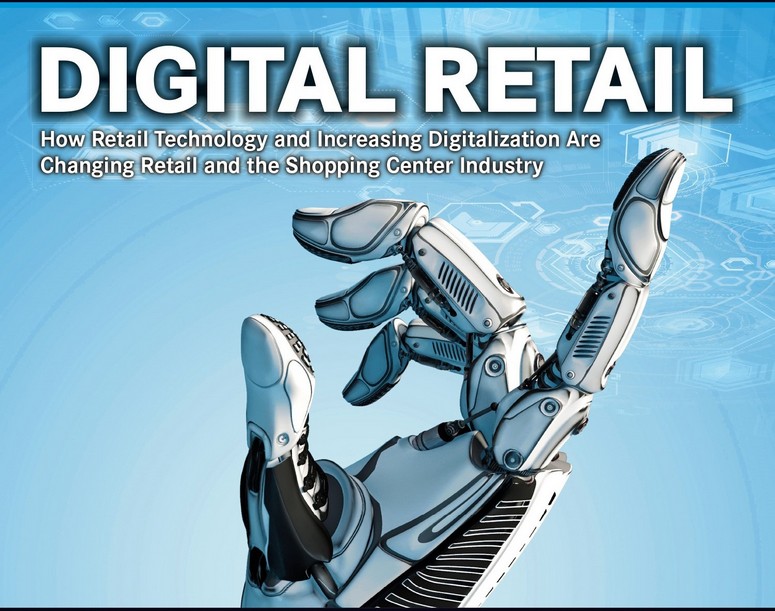 How retail technology and increasing digitalization are changing retail and the shopping center industry.

The news hit the retail scene like a bomb. Since Amazon opened its new bricks-and-mortar shop “Amazon Go” in Seattle last year, international analysts have been dreaming of the retail store of the future.

The technology giant promises that you can simply go to the store and walk out with the desired product. No cash registers or lines tarnish the shopping experience. This is made possible by so-called “Just Walk Out” technology.

Although Amazon has revealed very little about the technology, there is rife speculation over how the new test supermarket works in practice. The official website for the project proclaims it uses computer vision combined with various sensors and proprietary algorithms (“deep learning”).

The company apparently relies, among others things, on object recognition like that incorporated into its first smartphone. The “Fire Phone,” which is no longer available, could photograph more than 50 million products, identify them, and then add them to Amazon’s shopping basket.

Amazon called this technology “Firefly,” which has perhaps found its way in greatly extended form into the supermarket. It’s a method that requires neither barcodes nor the relatively elaborate and costly mounting of so-called Radio Frequency Identification (RFID) chips on each product.

The simple explanation for practitioners: The entire store is equipped with beacons. A special app thus knows exactly where the customer is located. The products are monitored by sensors and the clever interplay between them, the beacons, and cameras allows the virtual shopping list to note which products customers take and put back on the shelf in real time, the experts explained.

The shopping is then charged automatically to the respective Amazon account. Amazon will still have to see whether so-called frictionless shopping actually works in practice. To date, similar systems have not succeeded, however.

Come what may, Amazon has at least once again proved its leadership of theoretical digital endeavors with his new foray. The whole retail and retail real estate industries now know: The digital transformation is not an option, but an essential prerequisite to remaining competitive in the market of the future. Whoever refuses to take on the challenges of digitalization and stubbornly clings to old business models will lose, say the experts.

New technologies have long offered traders an extension of their shelves into cyberspace and vice versa. The smartphone is and will remain the key tool of the digital retail revolution. The high density of smartphones in the population is what enables innovation. In addition to recruiting customers at the right time in the right place, cell phones can also promote experiences in retail stores.

The personalized experience within the store and in shopping centers is increasingly important in this. Nevertheless, beacons, virtual reality, digital signage, and rewards via smartphone are just the beginning of the digital retail revolution.

Word has already spread that one can learn a lot about customers via their cell phones. The Swiss kiosk business Valora ran a pilot project in Zurich’s train station to identify the pathways customers take through the center.

The company wanted to know where the customers come from and where they then go with their lattes. This is made possible by cell phones, which constantly look for available wireless networks. The signals are detected and tracked.

In general, such tracking and analysis is permitted in most European countries. Customers are nevertheless often left with a bad taste in their mouths over such “Big Data espionage.”

Tracking store customers is already significantly more widespread in the US. US companies measure how many customers (and cell phones) previously stopped in front of the shop windows before entering the store.

The data obtained this way serves not only to provide information on the attractiveness of the shop window decorations; the tracking software also recognizes how many customers have been to the store before and how long they stay each time they come.

Companies like ShopperTrak and Movvo offer the appropriate technology, which is also already being used by shopping center operators in Europe.

That is just the beginning, as a look at the UK shows. Department stores there are experimenting with sophisticated facial recognition software. Surveillance cameras will be able to detect male customers so that they can be sent promotional text messages for razor blades in the future, for example.

Whether Amazon will go so far with its planned store “Amazon Go” remains to be seen. What is certain is that progressive digitalization will shake up the world of bricks-and-mortar retailers, online retailers, and shopping center operators.

Shopingy Mall Analyser and ACROSS Magazine present the top 20 store openings to watch on a monthly basis. Find here the exclusive data for July 2022.

Shopingy Mall Analyser and ACROSS Magazine present the top 20 store openings to watch on a monthly basis. Find here the exclusive data for June 2022.

“Consumer Trends – Do You Know the Latest Ones?”

The events of the last few years, increased transparency in general, and last but not least, technology and globalization have resulted in a new kind of customer. These new customers are both mature and competent. Retailers would do well to regard them as such.

In order to become the “center of the community”, retail spaces have to offer public services that people want and need, as well as opportunities for people to come together and build community. That entails, among other things, rethinking the tenant mix to generate footfall as well as creating more events and activities that attract people.