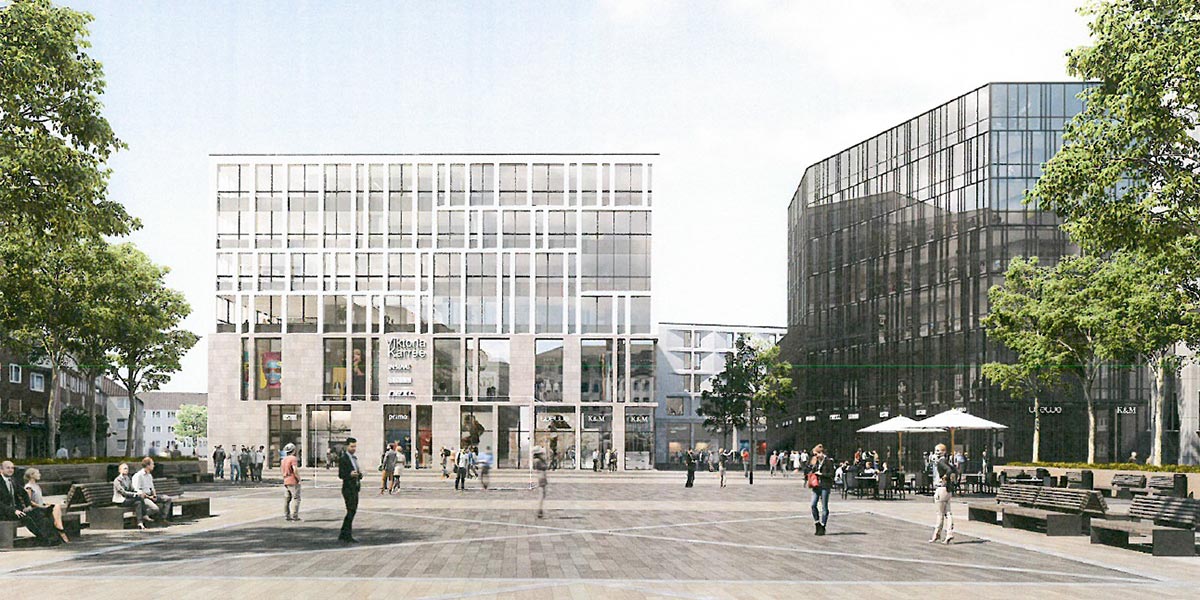 A new interface between retail, services and work will be created in Bochum to promote inner-city development.

Deutsche Hypothekenbank is financing an inner-city, multifunctional shopping and service centre in Bochum for a project company of HBB Hanseatische Betreuungs- und Beteiligungsgesellschaft mbH with a term of around four years by taking over the entire underwriting for EUR 116 million. Sparkasse Hannover and Sparkasse Dortmund each contributed EUR 25 million to the financing as part of a subsequent outplacement.

By the end of 2021, the “Viktoria Karree” will have been built in Viktoriastraße on the site of the “Law Courts” in Bochum’s city center. Divided into three building sections, the total usable area of approx. 37,911 sq m extends over four to seven floors. The smallest of the three building parts serves primarily as a gastronomic area. The Tristar Group will be opening a Holiday Inn Express Hotel with 170 rooms in the second largest part of the property. The main tenant of the complex is the city of Bochum, which will use the largest part of the building as office space. Retail space will be created on the entire ground floor, which will be occupied by REWE, among others. In addition, a two-story underground car park with around 500 parking spaces will be built, which will be connected to the city’s underground car park network via the multi-story car park in Husemannstraße.

“The city quarter in Viktoriastraße is part of the master plan for retail trade in Bochum. A new interface between retail, services and work will be created here in order to promote inner-city development,” explained Sabine Barthauer, Member of the Board of Managing Directors of Deutsche Hypo. “We are pleased to support HBB and the city of Bochum in this project.”