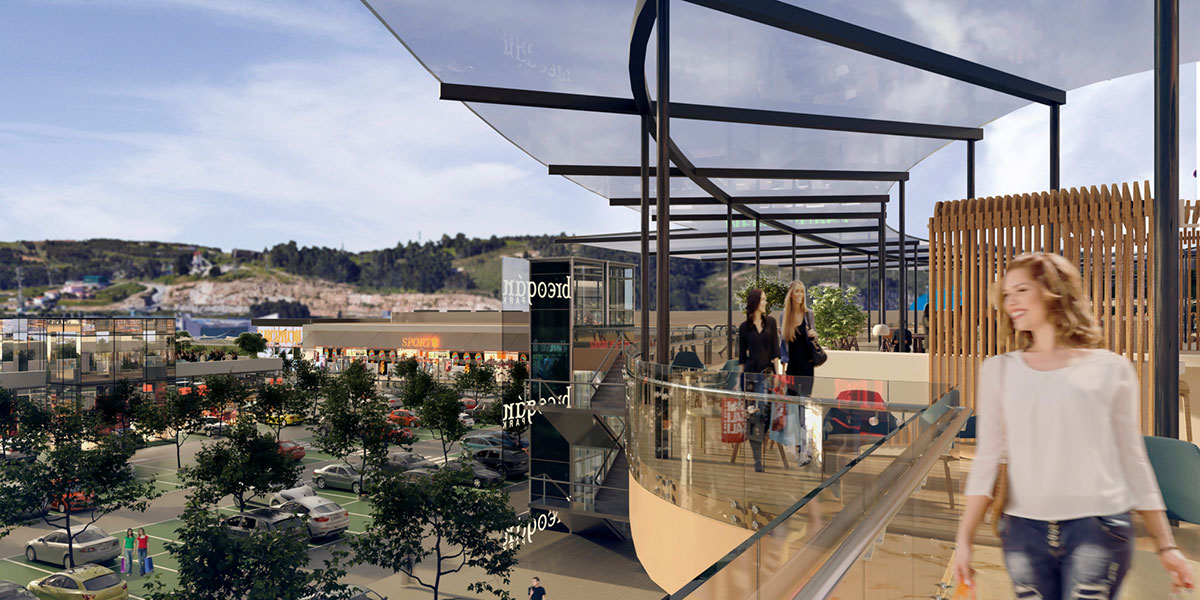 The 66,000m² GLA retail and leisure centre, located in A Coruña, Spain, will host 7,000m² of sports activities, leisure and family entertainment, served by 2,600 parking spaces.

The aim of the redevelopment design is to provide a family-friendly destination which will be socially and commercially vibrant for decades to come.

The retail park will retain the two existing underground car parking levels and the structure of the former Dolce Vita shopping centre from 2008, which was also designed by Chapman Taylor.

The centre, named for a legendary figure from Irish Gaelic mythology whose sons were said to have brought Gaelic language and culture to Ireland from A Coruña (and who is widely celebrated in the Spanish city), is very well located, with a catchment of 400,000 people within 20 minutes’ drive.

How to shape the future!

Sloane Stanley announces The Sustainable Pop-Up, has launched at 320 King’s Road, within Chelsea’s iconic shopping destination; whilst sustainable clothing and lifestyle brand, Vilshenko, have upsized to a 1,298 sq ft unit at 336 King’s Road.

Sports company PUMA has appointed Ben Hughes as General Manager for the United Kingdom, Ireland and Benelux (UKIB) with immediate effect. In this role, Ben takes over from Paul Spencer, who has assumed the position as PUMA’s Regional Sales Director Europe.

Hammerson has announced that Haidilao, China’s largest hot pot restaurant chain, has selected Bullring for its first site in the UK outside of London. The 8,073sq ft restaurant will join Brown’s and Wagamama in St Martin’s Square, and is set to launch in early 2021.