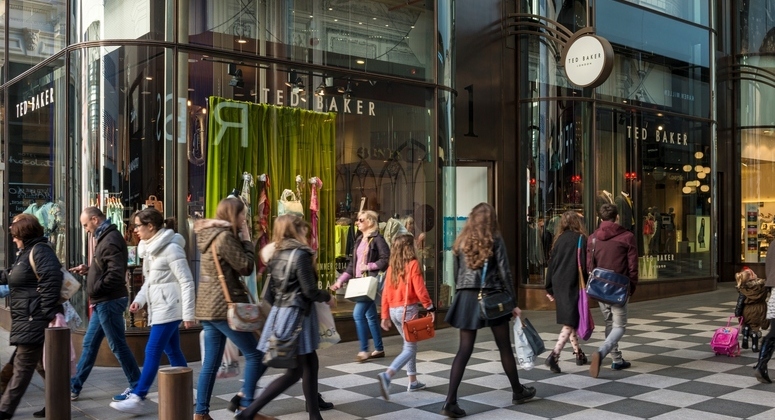 BNP Parisbas Real Estate recently published “At a glance: UK shopping center & out of town retail market, December 2016.” One of the headlines is that investment volumes fell by around a third compared to 2015 for both the retail warehousing and shopping center markets.

The UK economy continues to defy negative post-Brexit expectations, with strong consumer spending remaining the driving force behind growth. As expected, with the pound devaluing by around 12% against the dollar, strong export expansion was also behind 0.5% GDP growth in Q3 2016.

Despite the generally better-than-expected data since the referendum, indicators of investment have clearly weakened—with investment expected to fall markedly in 2017. Overall, BNP Paribas expects GDP growth to average 2% in 2016 and 1.1% in 2017. A period of near-stagnation is expected through the middle of 2017, as uncertainty over the UK’s future relationship with the EU intensifies, which is likely to weigh on business sentiment and consumer spending.

2017’s forecast growth in inflation will be the defining issue for retailers. Despite a slight dip in October 2016 caused by falling prices on toys, hotels, and non-alcoholic drinks, inflation was expected to pick up again in November. Unilever’s brief scuffle with Tesco over pricing is likely to be repeated over the course of this year—Birdseye and Walkers have already requested price increases of up to 12% from the supermarkets. The debate surrounds the issue of who will pick up the bill for rising costs—suppliers, retailers, or ultimately, the consumer.

Retail sales in November 2016 grew by 1.3% compared to a year earlier, according to the BRC, outperforming the 12-month average growth rate of 1.1%. Crucially though, the figures did not include Black Friday, suggesting that the slowdown in sales may have been due to consumers putting off purchases until the discount retail event. Online sales for the same period grew by 10.9%.

Despite solid sales growth, consumer confidence took a sharp downturn in November 2016. The GfK Index fell by five points to -8, following a two-point decline in October. The fall in confidence was triggered by the prospect of an uptick in inflation eroding household income in 2017. The apparent lack of a clear plan heading into Brexit negotiations has also weighed heavily on public sentiment.

Retail vacancy rates across the UK shopping center market remain highly polarized, ranging from 19.3% in the Northwest to 10.2% in Greater London. The improved occupier conditions at the beginning of 2016 ensured that the majority of regions initially witnessed falling rates. In Q3, however, most regions witnessed an increase due to both the slowdown in take-up post-Brexit and several high-profile administrations over the course of the year.

The second half of 2016 was not as eventful as the first, at least in terms of administrations and corporate failures. However, there have been several announcements by high profile retailers that could cause concern for the high street and shopping centers.

In November, M&S announced that it plans to close around 30 clothing and home stores over the next five years and convert many more into Simply Food stores, with the food business line outperforming the rest of the business. With M&S stores being the focal point of many shopping centers and high streets across the UK, it may represent a rare opportunity to acquire prime high street and shopping center space.

The struggling fashion retailer Store 21 entered into a collateral valuation adjustment (CVA) with its landlords in the second half of 2016, with around 80 stores shutting and rent cuts on many more. According to The Local Data Company, the retailer reduced its exposure to shopping centers by 29 stores.

Shopping center owners have continued to increase their exposure to the leisure sector over 2016. Despite the coverage the sector has attracted in recent months, however, the explosion of new brands has not been felt to any great extent within regional shopping centers. While new brands such as Chip+Fish and Sugar Dumplin have been making exploratory inroads into the regional shopping center markets, established brands like Byron, Las Iguanas, Prezzo, and Bill’s have been the ones mostly taking more space in centers.

According to the IPD October 2016 Index, shopping center rents grew by 0.4% on an annualized basis. While this marked a pickup in performance for the subsector, it underperformed the rest of the retail market, which saw rents grow by 0.9%. In turn, the retail sector significantly underperformed the rest of the commercial property market, with rents for all property growing by 2.4% on an annualized basis.

The shopping center investment market was fairly sluggish throughout the entirety of 2016. Volumes to date were down by 33.2% y-o-y. The decline in volumes has been exacerbated by a lack of prime regional stock being traded, with Grand Central (Birmingham), Liverpool One (Liverpool), and Merry Hill (Dudley) as the only truly regional centers to be traded.

Property companies were the most active investor group over the period, having injecting £1.14 billion (€1.34 billion) into the sector by the time the study was completed. Interestingly, councils represented 10.4% of total transactions over the period, investing £204 million. Deals included Arch Commercial Enterprise buying Manor Walks Shopping Centre (Cramlington) for £78.2 million and Surrey Heath Council’s purchase of The Mall, Camberley, for £86 million, which reflected a 5.9% initial yield.

Rather than being driven by a lack of appetite, pricing has been the main obstacle within the subsector, particularly post-Brexit. A significant mismatch between buyer and seller expectations for pricing led the market to stall, with buyers expecting a 5-10% discount in response to the uncertainty following the vote. With fewer distressed sellers, the market stagnated.

Following the bull market of 2014 to Q3 2015, when the yield gap between prime and secondary sites shrank to around 175 basis points, the price gap has now increased to 250 basis points. While not exceeding levels witnessed before, the increased risk premium for secondary assets may provide investors with an incentive going into 2017.

As we move into 2017, the market will begin to focus on what type of product will be most in demand from different investor groups. Requirements from each segment of the market have changed considerably over the past 7 years. From 2010 to 2016,
the average lot size increased from £15.98 million to £19.78 million. While this in itself is fairly insignificant, the divergence between the investor groups is noticeable.

Overseas investors became increasingly involved with the retail warehouse sector from 2013 onwards. Since that point, £520 million of foreign capital has targeted the sector on average each year. The lot sizes purchased by overseas buyers have grown considerably. The spikes in the average volume in the past years have been caused by large portfolios like the Arena Trust Portfolio (£156.5 million) in 2013 and Elmo Portfolio (£273.6 million) in 2015.

The experts at BNP Parisbas Real Estate anticipate that this will continue to be the case, as overseas groups seek to grow their exposure to the sector by acquiring large-scale prime assets when they become available. Longer-term investment horizons and a focus on income makes them less reliant on the real estate cycle than other investors.

PropCo’s involvement within the retail warehousing sector has been dictated by the market cycle. Early in the cycle, as capital values began to increase, PropCo’s was a net buyer of retail warehousing. When the market reached its peak in 2015, it had already become a net seller, crystallizing its profits. In terms of lot sizes, they have remained fairly resolute, targeting assets between £15 million and £20 million.

In 2016, average lot sizes fell to their lowest level of £14 million as investor confidence towards the sector faltered. With an uncertain outlook in 2017, this is set to continue, with the optimum lot size of around £15 million.

The UK Institutions’ pro-cyclical behavior has meant that the average lot size which they have purchased at has been higher than that of the PropCo’s. They have been net buyers of retail warehousing since 2014. Inflows of capital into these institutions increased as capital values recovered. Benchmarking obligations for UK Institutions have encouraged them to acquire retail assets, so a focus on value is more evident.

Following the outflows after the EU Referendum and the uncertainty going into next year, a move towards assets with smaller lot sizes, which provide the retail funds with extra liquidity, is likely.

Evolve Estates has acquired a prime open-air shopping center in the heart of Lichfield in England, its biggest retail acquisition of 2022.

Altera Vastgoed has acquired off-market local shopping center Het Stroink in Enschede (NL) from WP Retail Invest CV (“WPRI”). The center has recently been renovated by WPRI to create a retail complex with a pharmacy, a medical center, three primary schools, a nursery and a petrol station.

Mitiska REIM announced the acquisition of Makado Beek retail center from Syntrus Achmea, on behalf of the First Retail International 2 Fund (FRI 2) and in partnership with local co-investment partner and asset manager 3W Real Estate. It is one of the largest retail centers in the Netherlands, attracting over 3 million visitors per year.

KGAL has acquired the Charles Square Center in Prague with retail, office space, gastronomy, and healthcare for a pan-European special AIF. The downtown retail and office complex with a total of nearly 20,000 sq m of leasable space has a number of international tenants. The seller of the property was Commerz Real.