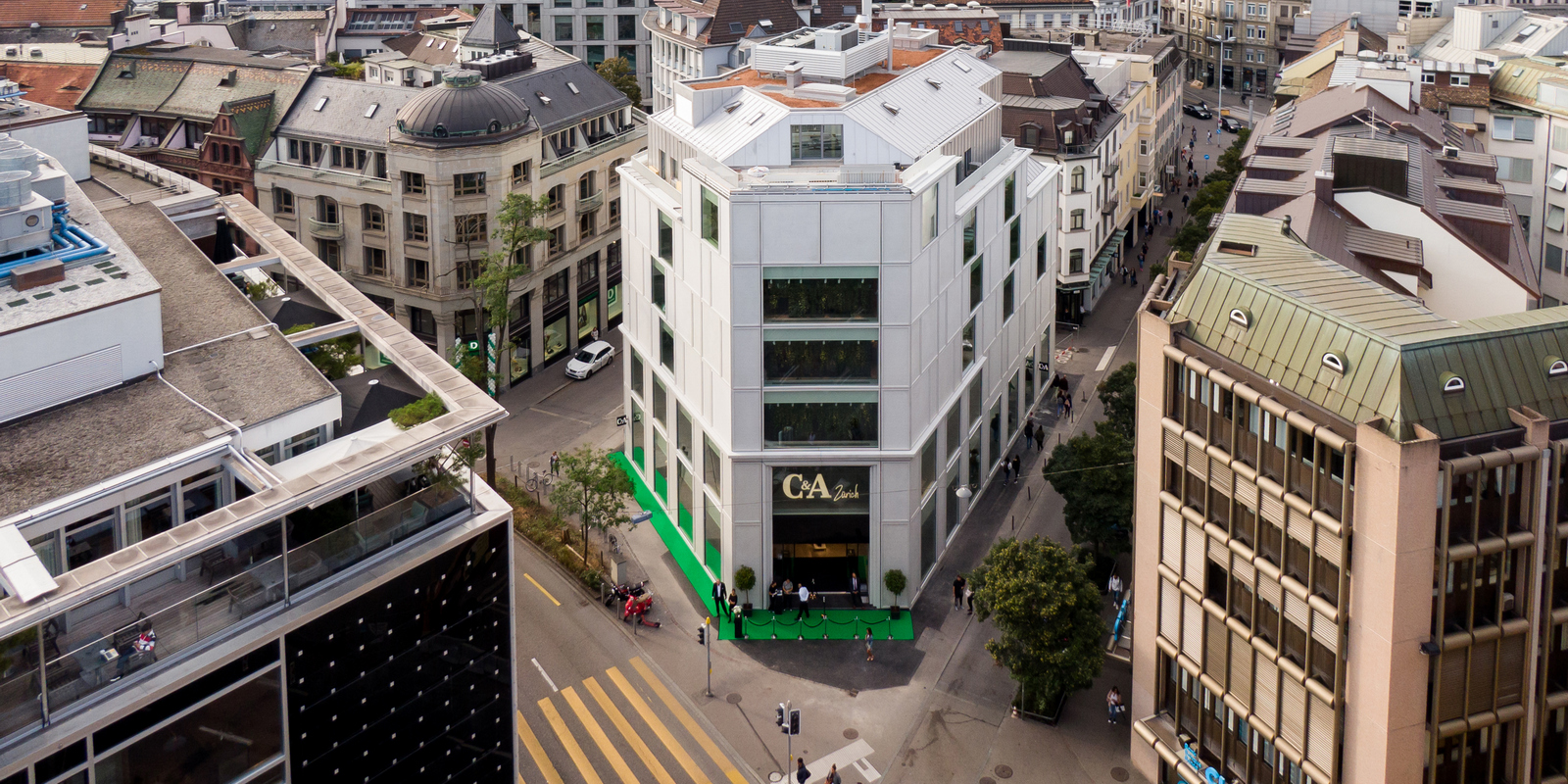 Redevco has recently completed an extensive refurbishment of its C&A store in the city center of Zurich. The redevelopment has transformed it into an energy-efficient property, incorporating the clothing retailer’s latest design concept. Redevco is targeting a BREEAM In-Use Excellent sustainability rating.

The recently re-opened flagship store has been completely modernized, featuring open and transparent facades that replace the previously closed exterior. The renovation also comprises improved statics, new technical installations, and a green roof. The store has a leasable area of 4,100 sq m. Dirk Adriaenssen, Managing Director Redevco Switzerland & Central Europe,said: “C&A has been a tenant in this building, which is situated two steps away from Zurich’s Bahnhofstrasse, since the seventies, and this renovation has significantly enhanced its visibility and flexibility, while reducing the store’s carbon footprint. The new design creates a sense of spaciousness on the lower floors, and the fifth and sixth levels are more easily accessible thanks to the extension of the elevators and staircases to those floors. This store is now better placed than ever to benefit from the high footfall generated by surrounding retail buildings and its central location in the retail heart of the city.”

Originally built as an office in 1884, the property was subsequently redeveloped into a department store, combined with a hotel, in 1932 before it was transformed into single-use retail in 1969. The latest redevelopment was launched in the first quarter of 2019 and has now been completed. Since 2009, Redevco has been working to certify all assets under management using the BREEAM In-Use scheme, a recognized and independent environmental quality assessment methodology for existing operational buildings. Currently, 88% of its portfolio has achieved certification, of which 45% is BREEAM In-Use Very Good or better. Redevco aims to have at least 50% of its investment value allocated to BREEAM In-Use Very Good or better by 2022.

Swiss architectural firm Atelier WW was responsible for bringing their winning concept for the C&A store in Zurich to life after they emerged victorious from a competition organized by Redevco. Consultancy firm Emch + Berger Immo Consult AG was in charge of project management, and the general contractor was Eiffage Suisse.

Shopingy Mall Analyser and ACROSS Magazine present the top 20 store openings to watch on a monthly basis. Find here the exclusive data for June 2022.

Quo Vadis Retail? Let us discuss how the European retail markets performed in 2022 so far and let us take an ambitious look into the future.

“Consumer Trends – Do You Know the Latest Ones?”

The events of the last few years, increased transparency in general, and last but not least, technology and globalization have resulted in a new kind of customer. These new customers are both mature and competent. Retailers would do well to regard them as such.

In order to become the “center of the community”, retail spaces have to offer public services that people want and need, as well as opportunities for people to come together and build community. That entails, among other things, rethinking the tenant mix to generate footfall as well as creating more events and activities that attract people.

The one-sided fixation on digital direct-to-consumer business marginalizes the physical shopping channel. Shopping centers and their tenants will only be able to leverage the potential of brick-and-mortar store spaces if a significantly modified fundamental approach is adopted.