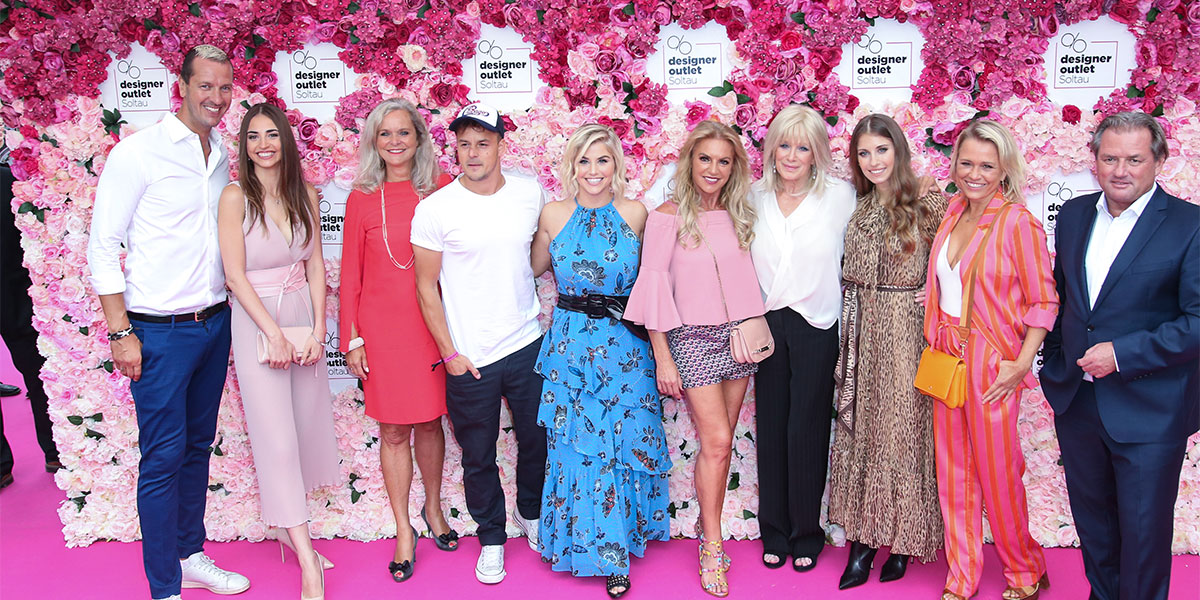 Late Night Shopping with Linda Evans and Christine Neubauer on the pink carpet, live music with Alexander Knappe and Beatrice Egli and a charity tombola for "HerzPiraten".

The popular Summer Late Night Shopping in Soltau, Germany, took place for the 7th time. The mixture of international and national stars and live concerts as well as the charity tombola was as expected: a special evening for the numerous visitors. Already early in the evening, the fans secured the coveted seats on the pink carpet in order to get a selfie with the stars.

In addition to the actress Christine Neubauer, influencer Cathy Hummels also walked across the pink carpet. The current “Let’s Dance” winners Pascal Hens and Ekaterina Leonova were welcomed by the fans. Linda Evans, known from the series “Denver Clan”, came from the USA especially for the event. She thrilled the fans with her performance and sold raffle tickets for a good cause in the course of the evening like all the other celebrities. This year’s proceeds from the charity tombola will go to the non-profit association “HerzPiraten”, which takes care of children with heart problems throughout Germany. “HerzPiraten” was founded in 2014 by actress and presenter Nova Meierhenrich, who, together with co-moderator Georg Holzach, entertained the guests throughout the evening.

The crowd-pullers on the open air stage in the middle of the center this year were two stars with German-language songs. The first one was pop poet Alexander Knappe, who became known through his participation in the 1st season of the casting show X Factor. The highlight of the Shopping Night was the performance of pop star Beatrice Egli on the festively illuminated open air stage.

Investor, center operator and management agreed: “Late night shopping is and will remain an integral part of our calendar and we are already looking forward to our next event in 2020”.

Commercial life begins anew at a tradition-steeped location: The former Brandt rusk bakery site is now the “Brandt Quartier”, the most modern retail park in the city of Hagen, which now will be operated by Deutsche Immobilien-Gruppe (the DI Group) for a fund run by Nuveen Real Estate.

Marks and Spencer and Lidl are to open new stores at Two Rivers, Staines-Upon-Thames

Marks and Spencer will relocate to a flagship 20,000 sq ft store at Two Rivers compromising a new foodhall over 50% larger than the old store in the town. Lidl have also chosen Two Rivers as its preferred location in the town satisfying a long held requirement. Lidl opened a 15,700 sq ft store at the end of June.

Ingka Investments, the investment arm of Ingka Group (owner and operator of 381 IKEA stores) announces that a purchase agreement to acquire prime real estate in the heart of Paris has been signed. The space will be used by IKEA Retail France and the total investment is 130 million euros.

Increased investment in online capabilities expected in the retail sector

Investment in online capabilities and delivery apps across the retail sector is expected to increase further, according to the latest research from global real estate advisor, CBRE. Online sales have helped many retailers offset some of the lost revenue from store closures during the lockdown period.