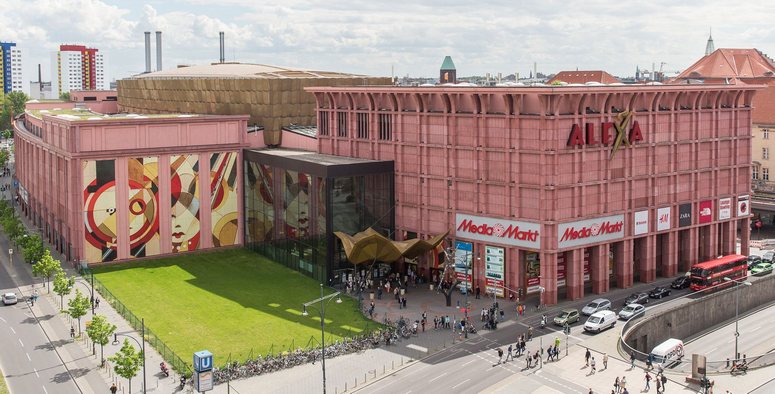 Applications for Participation in “First Store by Alexa” Now Open

The Alexa shopping center in Berlin is celebrating its 10th anniversary in September 2017. That’s reason enough for Sonae Sierra, Union Investment and Alexa to launch an innovative retail casting competition.

Five words are enough to stir up interest: six months’ base rent free. This is the handsome prize that awaits the winners of the retail competition “First Store by Alexa” in the two categories “Best Brand” and “Best Newcomer.” The two stores will naturally open in Berlin’s famous shopping mall—with 16 million customers annually one of the most visited malls in Europe—on October 1, 2017. “We want this competition to raise awareness of Alexa among new concepts seeking a springboard and the best showcase that the German capital currently offers,” explained Fabian Hellbusch, marketing manager at Union Investment (see interview here).

The participants will have to jump a few hurdles to get there. They must first sign up for the competition by November 30, 2016. The documents and all the details for the competition for that can be found at www.firststorealexa.com. Union Investment, Sonae Sierra, and the advertising agency 21media created the retail casting for manufacturers, producers, and online stores who want to enrich retail outlets with new ideas.

As already mentioned, the competition has two categories. “Best Newcomer” features young companies that want to open their first store in a prime location. Their bricks-and-mortar retail experience should have maximum local character and their brand should not yet be established. “Best Brand,” on the other hand, is open to established companies that previously sold their wares via other retailers or only online or that want to bring an entirely new product or concept to market.

In a next step, a pre-selected jury picks three finalists in each of the two categories. It will focus mainly on the degree of innovation and the concept’s economic sustainability. The top three in each category will be presented to the public in Alexa and on digital platforms in February 2017. Visitors to the Berlin shopping center and users of online media can then evaluate their concepts in a public vote. They’ll make their decision based on three questions: Would you like to see this concept as a store in Alexa? How innovative do you think the concept is? In your view, does the concept have the potential to establish itself in the market/in Alexa?

And the winner is …

After that, the ball is again in the jury’s court. It examines the finalists according to the same criteria as the public. The opinions of the public and the jury will then be given a weighting of 50% each. The results of these two polls will then decide the two final winners. These will then be announced on March 31 so that there will be enough time before the store openings for store design, shopfitting, and marketing. The Alexa team will provide support in that regard as well.

The documents and the details for the competition can be found at www.firststorealexa.com. 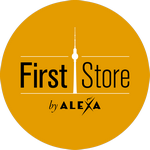 THE VISIONS OF “FIRST STORE BY ALEXA”

Alexa and its 185 shops on a total lettable area of about 56,600 sq m has been a visitor magnet since its opening in September 2007. The shopping and leisure center owes its name to its central location on Alexanderplatz in Berlin-Mitte. The anchor tenants include Zara, Media Markt, and H&M. It is owned by Union Investment Real Estate GmbH (91%) and Sonae Sierra, Portugal (9%). Sonae Sierra Management Germany GmbH is responsible for leasing and center management.