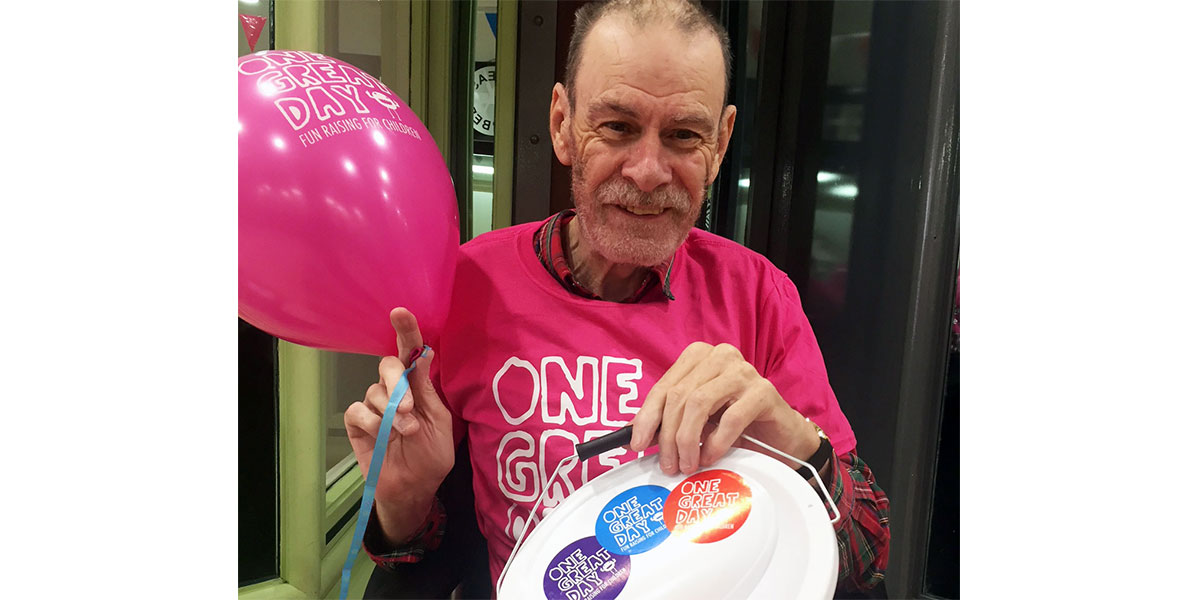 It has been revealed that Alan Hupton from Ellandi’s Idlewells’ Shopping Centre, Sutton is Ashfield, has won the prestigious Daily Mirror Pride of Britain Award.

He was selected as the Pride of Britain Regional Fundraiser for the East Midlands. In addition to this major achievement, he will now attend ITV’s national Pride of Britain Finals. This will be televised on October 28, from London where Alan will be, rubbing shoulders with royalty and a whole host of celebrities.

Alan has been a fixture at Idlewells for 30 years. Despite his own disabilities he has been a tireless fund raiser for a series of good causes including Air Ambulance. Through collecting change in the mall, he has raised over £220,000, most recently focusing his energies on fund raising for Great Ormand Street and One Great Day. He is particularly passionate about the cause of helping sick children, so they do not suffer as he did when he was younger with a range of illnesses.

Morgan Garfield Co-founder and Managing Director of Ellandi was particularly delighted that Alan’s efforts have been recognized. “One of the great things about our business is that I get to meet many amazing local champions who volunteer their time and energy to help their Communities. When I met Alan I was truly taken aback by his energy, his selflessness and his determination to overcome his own issues to help others. I was lucky enough to take him as my guest to Great Ormond Street so he could see firsthand where his fund raising was being applied to change lives. He is funny and mischievous, loves life and is determined to make a difference.”

“I have read about the bravery of people who win these awards, it is not often you meet them. Spending a day with Alan really made me realise how I often take simple things in life for granted or get tied up in my own small problems. He sets an amazing example every day! He overcomes issues I can barely imagine puts on his smile and heads out to raise money for people he has never met, to help his Community and to change lives. It is wonderful that he is being recognized and he deserves every bit of plaudits. We could all benefit from being a little bit more like Alan”

Morgan goes on to say, “I am also hugely proud of the team at Idlewells, led by Chloe the Centre Manager, who look out for Alan every day – he is their friend and collectively they are a strong Idlewells’ family. Alan, Chloe, the Idlewells team, and the people of Sutton in Ashfield should all be proud of this award. It is a great illustration of how people come together in towns across the country to make communities and to support each other. It also shows how shopping centres have a role to play as a hub within these communities.”