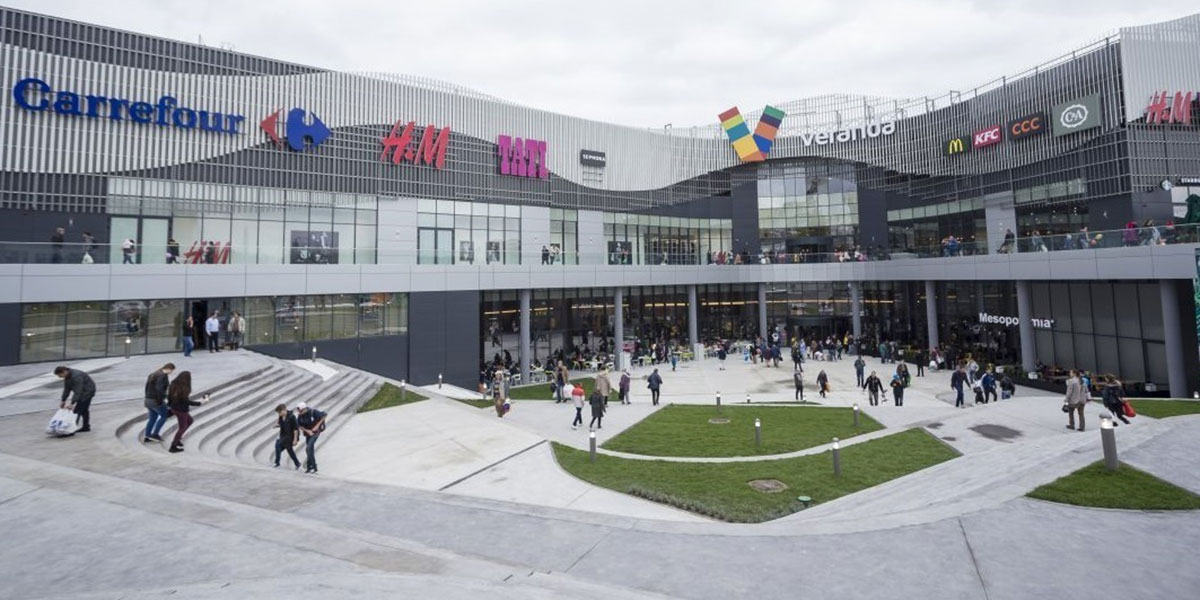 The expansion of Veranda shopping center in Bucharest is expected. Image: Golin
Ticker
May 07, 2019 12:20

The modern retail stock in Bucharest remained constant in 2018, at 1.2 million sq m. This level is 7% higher than in the Central-West region of the country, which reached 1,18 million sq m, and double the stock of the region of Moldova, which reaches 595,000 sq m.

This data is according to the actual „Bucharest Retail Market and Romania Retail Regional Cities reports“, launched by Cushman & Wakefield Echinox. A fourth analyzed region is the South of Romania, where the modern retail stock has 735,000 sq m. Therefore the total area of ​​malls, retail parks and commercial galleries at a national level is situated at 3.65 million sq m, resulting in a density of 191 sq m / 1,000 inhabitants.

Considering the projects currently under construction, deliveries of commercial spaces will accelerate this year up to 140,000 sq m, while Sibiu, Timişoara and Bucharest will attract 70% of the deliveries. The Festival Centrum and the extension of Shopping City Sibiu will be delivered in Sibiu, the Iulius Mall project will be expanded in Timisoara, while the expansion of the Colosseum and Veranda is expected in Bucharest. New modern commercial spaces will also be delivered in Zalău, where the Zalău Value Center project is expected to be inaugurated, and also in Satu Mare and Buzău, where existing projects will be expanded.

In 2019, the most active developers will be NEPI Rockcastle, Iulius Group and Prime Kapital, three of the biggest developers and owners of commercial space on the local market.

SIGNA Prime and SIGNA Development are becoming participants of the UNGC. +++ Commitment to the UNGC’s model of sustainable development and ten universal principles.

The St David’s Partnership, owners of St David’s Cardiff, has announced the signing of Danish premium lifestyle and furniture brand BoConcept, with the brand set to launch a UK debut store concept in early 2021.

The Urban Land Institute (ULI) has announced the appointment of Denis Sokolov, Partner and Head of Research and Insight at Cushman & Wakefield, as Chair of ULI Russia – one of 14 European National Councils.

Ingka Group reported a total revenue figure of EUR 37.4 billion (EUR 39.2 billion FY19) for FY20i across its three business areas (IKEA Retail, Ingka Investments and Ingka Centres), despite the challenges presented by the COVID-19 pandemic. The company remains guided by its commitments to people and planet and has continued to accelerate investments in online and sustainability – and to make strides on its transformation journey.

Tbilisi Outlet Village, a 20,000 square metre GLA development near the capital of Georgia, is developed by Georgian Outlets & Resort Group in close collaboration with TORG The Outlet Resource Group.