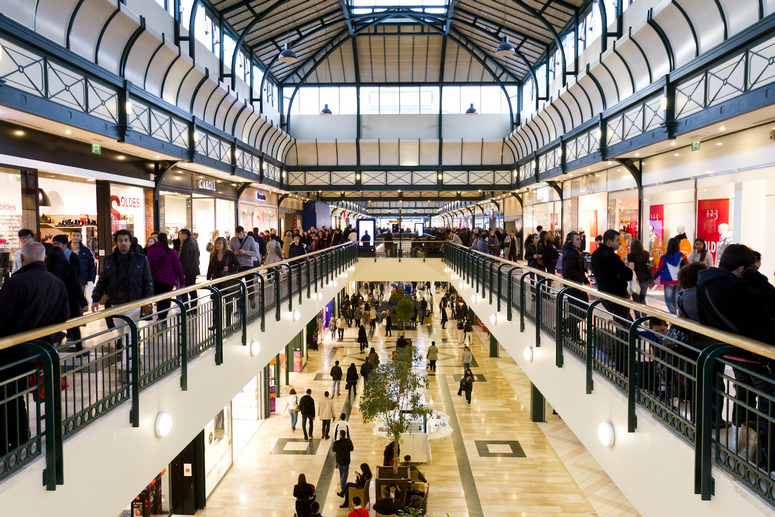 Val d’Europe in France has made great use of technology in its placemaking efforts and provides digital totems and interactive kiosks to guide shoppers through the mall. Image: Klépierre
Studies & Reports
Feb 10, 2017 12:07

Effective retail places use leisure, technology, and planning to lure shoppers, who now want shopping to be both functional and social.

CBRE recently released a new report defining retail’s role in the growing trend of placemaking, as retail centers across the globe strive to create environments that attract shoppers and keep them returning amid the expanding culture of online shopping.

The report spotlights 22 retail centers across the globe that illustrate the varied ways in which retail owners and occupants are creating unique consumer experiences today.

CBRE outlines several components common to well-crafted retail places in the report, of which a prime, still-unfolding example is the addition of technology into the shopping experience.

Great use of technology

For example, the Val d’Europe shopping center in France has made great use of technology in its placemaking efforts and provides digital totems and interactive kiosks to guide shoppers through the mall.

Spitalfields in London is a successful example of the use of leisure in placemaking. It has achieved a strong sense of community and is well known for its integration of public realm. It also has a diverse mix of retail brands and excellent links to transport.

Overall, retail plays a critical role in placemaking in that stores, restaurants, and entertainment venues contribute substantially to creating a property’s environment and the experiences that visitors have within it. Such placemaking now is essential for retail developers and investors, as shoppers want their trips to be both functional and social.

Andrew Phipps, Head of EMEA Retail Research at CBRE, said: “The role of retail in defining and creating a place is becoming ever more important. People expect to have compelling retail near their home, office, and leisure destinations.

Retail pulls places together and it creates reasons to visit and encourages people to return and to spend more time when visiting. We will see retail at the heart of many new placemaking visions throughout the next decade and beyond.”

CBRE researchers selected the report’s highlighted properties by considering those established among the best in their region and that include at least one of five key components that CBRE identifies as critical for placemaking: leisure elements like restaurants, bars, theaters, sports facilities, or scheduled events; incorporation of technology like social media, online sales, and tools such as public wifi, parking apps, and the like; consideration for sustainability and the wellbeing of tenants and visitors; a focus on vertical, multistory retail, most often in urban environments; and a strong master plan for seamlessly combining varied uses in one property.

Real estate owners and developers can learn from the placemaking examples profiled in the report. Consumer preferences suggest the in-store experience will continue to play an important role in the future. Consumers still want to visit physical store locations in addition to utilizing online options. Global consumer surveys indicate that people still prefer to shop in-store. They prefer to buy what they want and take it immediately, which they can’t do online.

Placemaking also creates tourism, which attracts the presence of international brands. International tourist retail expenditure has doubled in the past decade and is forecast to increase by a further 40% over the next five years, according to Oxford Economics.

Today’s shoppers prefer urban locations and are more likely to travel. Despite competition from online retailing, retail tourism spending is still rapidly growing in certain cities, such as Dubai. Real estate investors and developers can create and capitalize on places where tourism attracts retail spending.