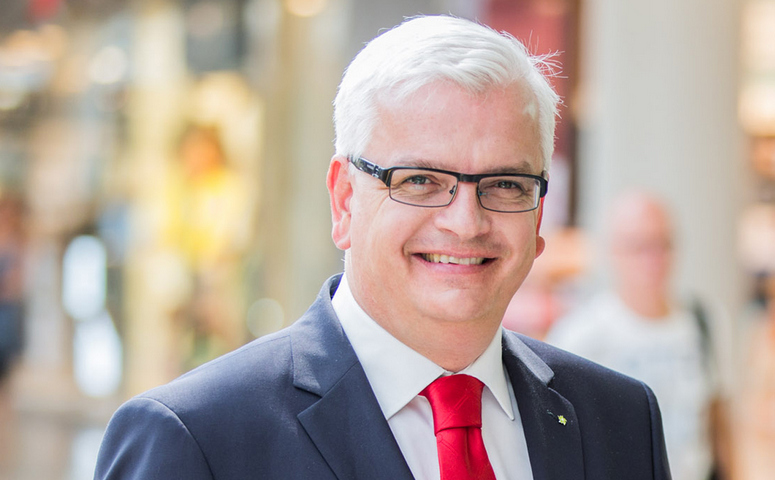 The shopping centers managed by Austria’s market leader SES Spar European Shopping Centers (SES) remained on a successful trajectory in 2017 and once more outdid the outstanding performance of the previous year.

Retailers at the 29 locations in five countries generated gross sales revenue to the amount of 2.88 billion euros. This corresponds to an increase of +3% on 2016.

In 2018 excavators will move in to start building work in an inner city neighborhood of Lienz, East Tyrol, and the 6,500-m² expansion of MURPARK in Graz will open in summer 2018. SES currently operates in six European countries. In addition to its own centers, SES manages shopping malls for third parties, e.g. Signa, Deka and Allianz.

“Once again increasing sales and visitor figures prove us right: the buzz of city life, top gastronomy and an attractive mix of shops in our centers pull the crowds,” says a delighted Marcus Wild, CEO of SES Spar European Shopping Centers. “Although there were three shopping days fewer than the previous year, our retail partners managed to generate a remarkable sales increase,” says SES CEO Marcus Wild, pointing to the development of the SES centers with pride.

SES manages an international portfolio of 29 shopping center locations with a leasable area of 801,000 m², including the first managed shopping mall in Austria “aspern Seestadt – Vienna’s urban lakeside” – the newly emerging district in the federal capital.

Wild: “Remaining attractive in the era of internet retail”

The SES CEO stated the reasons for the development, pointing out the formats of the future: “We’ve been creating meeting places and urban spaces where people can feel good. Regional, diverse, varied, with appealing food and, in particular, unmistakable – this is the kind of shopping our customers like and this is what they get in our centers,” says Wild. “Innovative technologies are integrated into the shopping experience and make things faster. At the same time, personal advice leads to purchase decisions – here the bricks-and-mortar retail trade scores highly.”

Multifunctionality with a focus on expansion

“In the future, shopping by itself is not enough: multifunctional locations, in other words multiple uses brought together in one building, are the future,” says Marcus Wild with conviction. Examples of this trend have been a reality at SES for a long time and are being specifically implemented in new developments. In Lienz, a charming inner city neighborhood is being developed directly in the pedestrian area, and in addition to the leasable retail area of approximately 10,000 m² with 20 shops, a hotel with 75 rooms is also planned for the tourist region Lienz. Construction will start on the Lienz project in 2018 and should be finished in 2020.

In 2017, in the Ljubljana-Šiška district, SES also started construction on a roughly 32,000 m² multifunctional shopping center focusing on leisure and gastronomy. Work started on the concrete and brickwork in January 2018. One of the innovative highlights is a green area on the roof for sports and leisure-time activities. With investment of some 150 million euros, it will be opened in 2019 and will create 700 jobs.

With retail partners’ sales of 1.87 billion euros in 2017, Austrian SES centers beat the previous year by a clear margin. The growth leader among the shopping centers which had a full operating year in 2017 was the inner city center WEBERZEILE Ried (Upper Austria) with 6.5%, followed by the retail park in Nußdorf-Debant/East Tyrol with 4.4% and MARIANDL Krems (Lower Austria) with a 3% sales increase. The retail partner sales in the SES flagship EUROPARK Salzburg rose by 1.9% to 347 million euros. SES operates 19 shopping locations in Austria, including the first managed shopping mall in Austria “Vienna’s aspern Seestadt” (aspern Lakeside) in a joint venture with Wien3420 Development AG. The shopping mall will reach the next development stage with the construction of the “Seeparkquartier” (Lakeside Park Quarter).

September 2017 saw the opening of the second part of the HUMA ELEVEN shopping center which went into operation in 2016 in Vienna. It now has 50,000 square meters and over 90 shops. In the rump year of the expansion, the district shopping center in Simmering broke through the 100-million-euro sales mark, recording an increase of 16% on the previous year. The center attracts some 35% more customers on a daily basis since opening.

MURPARK Graz expansion to open in 2018

Graz’s MURPARK is currently being expanded by 6,500 m², and the opening is scheduled for summer 2018. The shopping center celebrated its 10-year anniversary in 2017 and is widely regarded as a model example of transport accessibility with bus, tram, suburban rail link and Park&Ride in Graz. MURPARK has been selected six times as the most bicycle-friendly shopping center in Graz and surroundings.

Purchasing power is increasing tangibly in Europe. SES’s 2017 financial year was also successful in the neighboring countries. Retailers generated increased sales of 3.7% in the ten SES locations. In Slovenia, where SES is the market leader with its four centers just as it is in Austria, sales increased by 2.5%. In Italy sales of SES Shopping Center increased by 1.3% on the previous year. In Hungary there was an increase of 9.0%, and in the Czech Republic increased sales of 2.3%. In Croatia SES has been the owner of individual real estate properties since the Ipercoop takeover by Spar, and the development of malls is in preparation.

An important change took place in Hungary, where SES only manages shopping centers for outside owners. The owners of EUROPARK Budapest no longer outsourced the operation of the center in 2017, and have managed the center themselves under a new name since the beginning of 2017. For this reason the SES location portfolio for 2017 shows 29 (previously 30) locations.

Competition for the most attractive brands became harder in 2017. The trend is towards fewer branches and more selection in the choice of location. Locations with variety in the shop mix, higher visitor frequency and a well thought-out transport solution are much sought after. SES Spar European Shopping Centers again brought new brands to the country in 2017 and thus strengthened individual cities as retail locations. In the field of fashion, for instance, the XYZ concept of the Sportina Group opened its first multibrand fashion store in Austria in ATRIO Villach (Carinthia) in March. With the opening of the extension of HUMA ELEVEN, the first Modepark Röther took its place in the federal capital. This is now the biggest multibrand label store in Vienna in one single shopping center. In November the first LISCA underwear store of the Slovenian market leader opened its doors in the Salzburg shopping center FORUM 1. The Swedish outdoor specialist Peak Performance opened a new flagship store for Salzburg in EUROPARK at the end of 2017. In October the first Kentucky Fried Chicken Restaurant (KFC) of AmRest Holding SE in Austria was opened in CITYPARK Graz – also the first KFC in Styria.

Gastronomy in the Salzburg SES flagship EUROPARK became two toques and a Falstaff award richer in 2017. Didi Maier’s “Didilicious” was awarded a Gault Millau toque in the previous year, and “yaoyao” – another gastronomy business in the shopping center – received a toque in 2017. On top of this, Didi Maier and the team of “The Bakery“ can rejoice in light of their Falstaff award of two coffee cups at the end of 2017. “Gastronomy determines the character of a mall and establishes a local identity. It increasingly takes on an anchor function. Quality is important and a guarantor of success,” says Marcus Wild, explaining the importance of gastronomy in the shopping center.

The most innovative stores start in SES shopping centers

There was a dynamic start to 2018. In March the first till-less Saturn Express in Europe will move into SILLPARK Innsbruck. Italian market leader OVS will open its first Upper Austrian branch in VARENA on April 19, 2018, as a new fast fashion provider.

Sales of the inter-center SES voucher “Zehner”, which is valid in 12 Austrian SES shopping centers, rose by 2.4% in 2017. The development of the Zehner voucher during the Christmas shopping season was especially gratifying, with an increase of 5.8%. Since November 2017 SES has also offered Zehner vouchers online on www.derzehner.at and on the shopping center websites.

The seven SES children’s world locations Planet Lollipop caring for children from three years of age upwards continues to enjoy great popularity. The new Mini Lollipop format for small children up to the age of four, which was introduced in 2016, was expanded to other locations in 2017 and is now to be found in six SES shopping centers in Austria.

In 2017 two SES shopping centers won prestigious awards from the International Council of Shopping Centers (ICSC). WEBERZEILE in Ried im Innkreis won the ICSC Regeneration Award for their contribution to enhancing attractiveness of the Ried city center in 2017. In its 20th year of operation, EUROPARK Salzburg was given the “ICSC European Shopping Center Award“ for the best established shopping center in Europe.

Furthermore, in 2017, Q19 was the first and up to now the only shopping center in Vienna to pass the ÖkoProfit module. This award is conferred by the Department of Environmental Protection (MA22) of the Municipality of Vienna with the aim of establishing measures for saving energy, resources and waste.

EUROPARK is in the finale of the ICSC Global Awards 2018