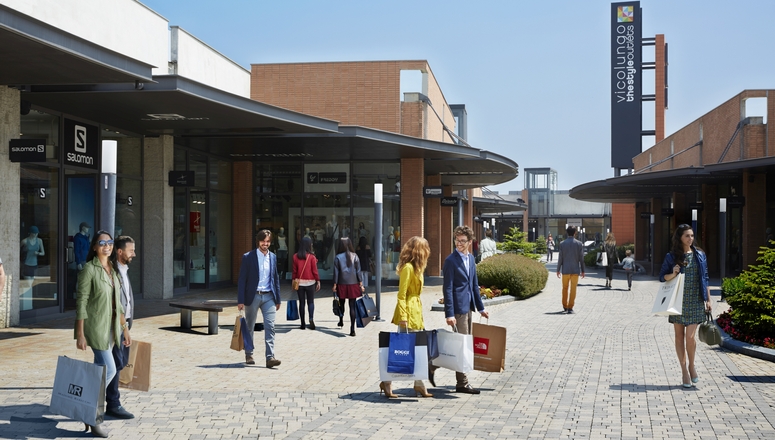 Neinver reports growth to €917 million across the outlet portfolio

Neinver continues delivering year-on-year sales and footfall increases across its outlet portfolio. In 2017, the company recorded over €917 million in sales, a 5% like-for-like increase compared to the previous year, and welcomed more than 41.7 million visitors across its portfolio of 15 outlet centres in Spain, Poland, France, Germany and Italy.

Neinver, whose outlet portfolio comprises 800 top brands, completed over 350 leasing deals. The portfolio has shown sustained average occupancy, ending the year with over 96% occupancy and an average spend increase of 5% in the past 12 months.

“Continuous growth at well-established centres and positive performance of the recently added centres underline the value of Neinver’s unique asset management model in an ever competitive industry,” said Carlos González, Neinver’s Managing Director. “We continue to focus on offering an ultimate shopping experience and partnering with brands to provide the best commercial mix and quality retail alongside design, a good atmosphere and a good offer of leisure, food and beverages. All this increases the centres’ value and performance,” he added. “Also, shopping tourism has become key in our strategy as we expand our network of outlets in strategic European tourist enclaves,” concluded Carlos González.

Neinver has an active pipeline of over 74,000 sq m of new outlet space in major catchment and tourist locations. With these new centres and expansion, the company will add around 430 new stores to the portfolio.

“In the year ahead, we will continue to grow our international platform with the opening of Prague The Style Outlets and the second phase of Halle Leipzig The Style Outlets in Germany this spring, as well as laying the foundation stone of Amsterdam The Style Outlets. Moreover, we are working on a new development in France. Alpes The Style Outlets will be located close to the Swiss border between Geneva—25 minutes away—and Lyon, with a catchment area of 5.3 million inhabitants”, stated Carlos González.

The French market, where Neinver operates Roppenheim The Style Outlets, recorded the strongest growth, with sales increasing by 10% and footfall rising by 5% to 1.8 million visitors. The centre celebrated its fifth anniversary in 2017 with steady year-on-year growth and has further enhanced the centre’s offer and positioning with new brands such as Galeries Lafayette, Bébé Confort and Triumph. Neinver’s expertise and outstanding work in the French market have placed Roppenheim The Style Outlets in the 3rd position in the performance ranking in only 5 years, according to the “Outlet Centre Performance Report Europe 2017” by Ecostra.

In Germany, the two outlet centres in Halle Leipzig and Montabaur recorded 12% sales growth and a 3% increase in visitors in 2017. These figures include only the period in which the centres have been under Neinver’s management—the company took over Halle Leipzig The Style Outlets’ management in April 2016 and Fashion Outlet Montabaur in August 2017. Neinver is also completing expansion works for the second phase of Halle Leipzig The Style Outlets, which will open on 19 April and will add 40 new stores and take its total GLA to 18,000 sq m.

In Italy, where the company operates The Style Outlets centres in Vicolungo (Milan) and Castel Guelfo (Bologna), the centres have continued to bolster their results and received 6.4 million visitors in 2017. Neinver will start refurbishment works at Vicolungo The Style Outlets, a centre that has already been expanded twice due to its success.

In Spain, the six outlet centres in Madrid, Barcelona, A Coruña and Barakaldo received 19.3 million visitors and recorded 6% sales growth in an already mature market. Like-for-like growth does not include Viladecans The Style Outlets, in Barcelona, which celebrated its first anniversary in October with 2.6 million visitors during its first year of operation. The centre has strengthened its commercial offer since its opening, with over 4,500 sq m GLA of new brands, partnering with brands such as G by Guess, Gutteridge, Harmont & Blaine, LODI, Luxury Zone, Garcia Jeans, Nautica, Liu Jo Uomo and La Casa di Sogni.

Finally, in Poland, the four outlet centres that Neinver manages under the FACTORY brand increased their sales by 5% and recorded over 12.3 million visitors in 2017, a year that saw the entire Polish outlet portfolio undergo major refurbishments, including a whole new food court in FACTORY Krakow that will open in March 2018.