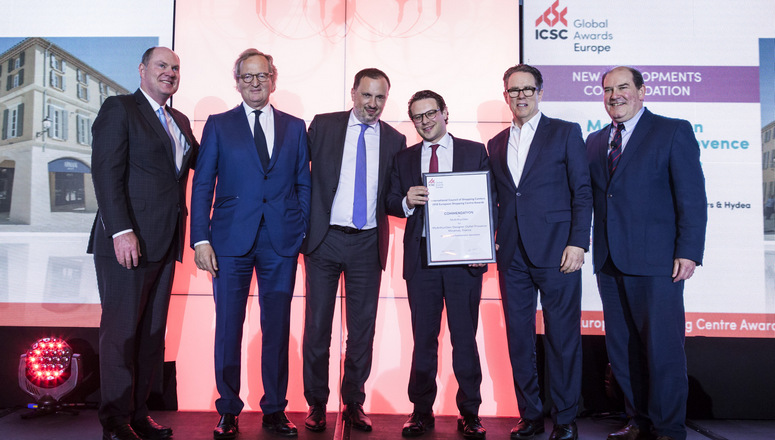 The commercial property sector was in celebration last night at the Fairmont Rey Juan Carlos I for The International Council of Shopping Centers (ICSC) 43rd European Shopping Centre Awards.

The awards, delivered under the umbrella of the ICSC Global awards, were held following ICSC’s European Conference, and presented six shopping centres with accolades in categories celebrating the best in Europe’s new developments, established centres, resource and regeneration. They also recognised five further centres for their outstanding refurbishments/expansions works.

With a reputation for recognising excellence in retail destinations throughout the world, ICSC Europe awarded the following centres and developers/owners for their distinction and dominance in the marketplace –

The jury members, made up of distinguished representatives from the commercial property sector across Europe, awarded the winning shopping centres for their excellence within the market.

Bill Kistler, Executive Vice President & Managing Director of EMEA at ICSC, stated, “The European Shopping Centre Awards recognise the centres that are leading the charge for excellence in the commercial property sector today. Reputation and centre notoriety is key within our industry, and we are delighted to be able to provide a strong platform to the winners and finalists professionally via our industry leader attendees and thought leaders.” 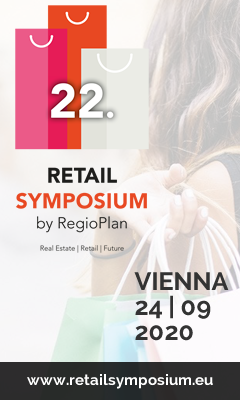 Maja Procz is Global Head of Transactions at Commerz Real

Maja Procz (45) has been the new Global Head of Transactions at Commerz Real since 1 August 2020.

CBRE Global Investors has announced the significant completion of a key milestone, the raising of the angel wing sculpture, as part of the centre’s £16m refurbishment plans at Angel.

The HATRIC Q2 retail park in Hartberg, Styria (Austria) has changed hands. Having previously acquired the adjacent phases HATRIC Q3 and Q4 from Rutter Immobilien Gruppe upon completion in 2017, Union Investment has now also secured the Q2 building with its approximately 6,800 sq m of rental space, which opened in 2005.

pbb Deutsche Pfandbriefbank has extended an investment loan facility in the amount of €89.7 million to the European Outlet Mall Fund, a real estate fund managed by Nuveen Real Estate, one of the largest investment managers globally, for the financing of phases 1,2 and 5 of “Designer Outlet Parndorf” centre near Vienna. pbb acted as arranger, lender, agent, and security agent under the facility.

VIA Outlets – Europe's fastest growing owner-operator of premium fashion outlet destinations – has partnered with leading testing and certification expert Bureau Veritas in the light of Covid-19 to create a ‘Safer Shopping’ certificate, which has now been granted to every centre in VIA Outlets’ 11-strong portfolio.

Primark announces the rollout this week of its nation-wide recycling programme, inviting customers to donate their pre-loved clothes, textiles, footwear and bags from any brand to be ‘re-loved’ via the Primark In-Store Recycling Scheme.